THUNDER BAY – Hockey players joined forces with golfers in Thunder Bay to take their best shot at kicking cancer to the sidelines. Northwestern Ontario’s homegrown hockey stars participated in the Freedom 55 Financial Thunder Bay Hockey Celebrity Golf Classic in support of cancer care in our region. Wielding golf clubs instead of hockey sticks, the players helped raise funds in support the Northern Cancer Fund of the Thunder Bay Regional Health Sciences Foundation. “We all have roots in Northwestern Ontario,” says Jordan Staal of the Pittsburgh Penguins. “I’ve seen the effects of cancer, and I’ve seen the way this community pulls together to support each other. I’m happy to be home and doing my part for such a worthy cause.”

Jordan was one of 34 hockey players to join teams of golfers for 18 holes at Whitewater Golf Course. The celebrity roster included Mark, Jared and Eric Staal, Taylor and Tom Pyatt, Ryan Johnson, Patrick Sharp and many others.

The honour of choosing the first draft pick went to event sponsor Bearskin Airlines, whose “Hall-of-Fame” sponsor package included the privilege. “By supporting this tournament, Bearskin Airlines not only ensures the continued success of a wonderful event for hockey fans, but also brings better care to cancer patients in this community,” say Cliff Friesen. They chose Patrick Sharp to join their team.

A live auction determined the second draft pick of the day. Ryan Johnson received the highest bid at $4,000. “We are happy to participate in this event,” says auction winner Anthony Leblanc. “Ryan is a great guy and supporting the Northern Cancer Fund is a great cause.”

While the total amount raised by the Freedom 55 Financial Thunder Bay Hockey Celebrity Golf Classic is yet to be calculated, in the past five years, the event has raised more than $160,000 for the Northern Cancer Fund.

“The funds raised through events like this have a significant and meaningful impact on cancer care in our community,” says Glenn Craig, President & CEO of the Health Sciences Foundation. “Because of support like this, more people are living from cancer than dying from it.”

Freedom 55 Financial, the financial security planning division of London Life, has supported the tournament for the past five years. Staff, management and financial security advisors devote their time and enthusiasm to the tournament to help ensure its success. “We are proud to partner with our local hockey celebrities to build stronger communities together in Northwestern Ontario,” says Tom Mihaljevic, Event Chair and Director, Business Development for Freedom 55 Financial. “Today, we all did our part in the fight against cancer.” 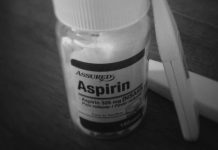