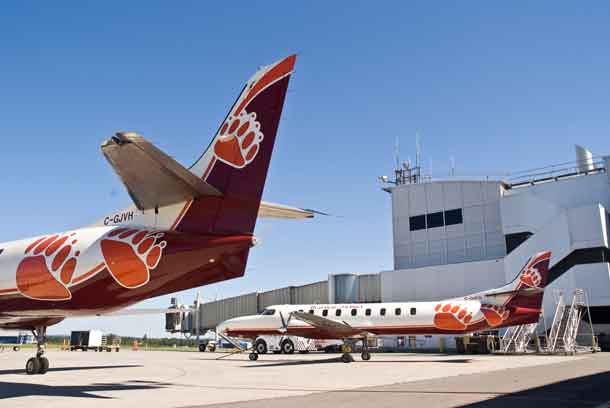 The flight had Rick Lange and Krista McCarville On-Board

DRYDEN – UPDATED – A Bearskin Airlines flight crashed in Dryden on Monday. The flight, taking off at Dryden Airport at 4:14 pm Local Time apparently had difficulty. The Dryden Ontario Provincial Police (OPP) responded along with Emergency Services.

The plane, a Fairchild Swearingen Metroliner was on route to Sioux Lookout, ON from Dryden, ON. Six passengers, along with two crew members were safely evacuated from the airplane. Two individuals were transported to the Dryden Regional Health Centre by EMS with minor injuries.

The aircraft reportedly lost control on the runway. Rick Lange was injured during the crash when apparently the propeller pierced the aircraft fuselage. Lange was taken to Dryden Hospital, treated and released. One other person was also taken to hospital.

The two completed their return to Thunder Bay by vehicle.

Bearskin Airlines is part of Perimeter Aviation which is owned by Income Exchange.

The Transportation Safety Board of Canada has been notified and responded to the incident.

After consultation with The Transportation Safety Board of Canada (TSB) the OPP conducted a preliminarily examination. The cause of the crash is not yet determined. The TSB will be continuing their investigation.