Home Sports International Sports How To Get Away With Pretending To Be A Soccer Fan! 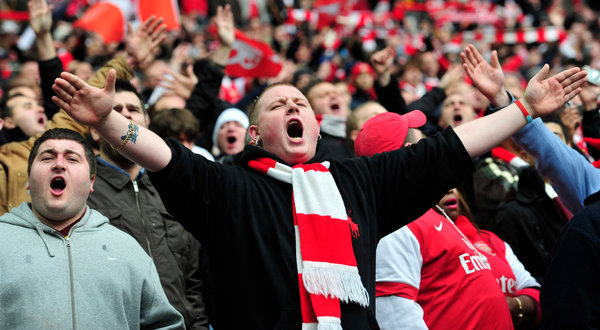 Soccer has never been considered one of the top favorite sports in America, and when compared head-to-head with football, we can all get a clear image which one remains more popular. With the World Cup coming up, soccer fan or not, you should be out there cheering with the rest of the fans! In fact, you don’t have to love soccer to feel invested in the games or to have fun. Here are some great ways you can fake being a legit fan:

Virtually any sport in the world is more fun when you have a team you’re rooting for. As you’re not an actual soccer fan, it is time to get your research done and choose a team you have reason to think may get to the finals. The underdogs are always fun to watch and follow because you just never know when they take the game by storm! Still unsure? Check out sports websites to get an idea of what’s going on in the soccer world.

Get Ready To Do Some Research

You can never become a legit fake fan unless you understand at least the basic rules of soccer, especially the offside rule. It is the only aspect of the game that most novice fans find tricky. If you have a bit more time, learn about the history of the game, the actual rules, top teams or even player gossip news.

The Ball Doesn’t Determine The Outcome

With soccer, you’ll always find two people going for the ball, but that’s not what the game is about. In fact, the entire game on the field is as intricate as chess with complex formations and moves. The players on the field all have a role to play in determining the final outcome of the game. Pay attention to the different roles of the players, and place special focus on defense. A single formation can change up the gameplay!

Understand The Cultural Identity Of The Game

In many countries, soccer is what football is to Americans. It is a staple in society, the game everyone watches, and the favorite weekend pastime of people of all ages. Really get into the members of the team, how they interact with each other and deal with the stress of playing on the field. Consider how different countries approach playing soccer because this is where things get genuinely interesting! It’s almost as much fun as the best live casinos online.

Last, but not least…

Appreciate The Mechanics Of The Sport

Camera angles and commentators can make it hard for novice fans to really appreciate all the intelligence, planning, and plotting that goes into scoring a goal. What most people see is how easily the ball is kicked around, but what’s easily missed is just how many years of trial and error as well as practice it took to control the ball with such graceful ease. Even if you aren’t a soccer fan and just pretending to like it for the sake of a close friend, appreciate that soccer is complex. By all means, join in on the fun and clap when something good happens and keep cheering for the team you think is going to win! A little effort goes a long way in showing acknowledgement of a great sport like soccer.

PGA TOUR Canada: Goodwin in position for a wire-to-wire win in Ontario

Hockey Canada Needs to be Scrapped to Ensure “Culture Change”

Break is over, PGA TOUR Canada swinging back into action