THUNDER BAY – The 2014 FIFA World Cup brings together the best of the world of soccer. From Brazil this June, ESPN is preparing for its most ambitious multiplatform coverage to date with the 2014 FIFA World Cup. The broadcaster will be offering full coverage of the event live online. “All sports fans will come together for the World Cup in Brazil, and there’s no better time – and no greater opportunity – to connect fans globally across ESPN digital media than now,” said John Kosner, executive vice president, ESPN Digital and Print Media. “By creating the most comprehensive experience that is live, personal and social, we will be at the top of our game in serving sports fans with anytime, anywhere, any device access to every match, goal, star player, news story and commentary. It will be a global effort befitting of the events in Brazil.”

Across all digital platforms, ESPN will dedicate a full month of 24/7 news, analysis, commentary and interactivity around the world’s biggest sporting event live from Brazil via WatchESPN and ESPN3 in the US and globally through ESPN’s multi-language, multiplatform soccer brand, ESPN FC.

Fans will have access to unprecedented live coverage of every game wherever they go, including all 64 matches on ESPN, ESPN2, ESPN Deportes and ABC available on computers, smartphones, tablets, gaming consoles and connected devices live on WatchESPN as well as exclusive offerings that include multiple languages and alternate feeds from ESPN3 Surround. Additionally, ESPN FC will launch its new app – available free to download on iOS and Android smartphones – and will reintroduce its newly redesigned global website later this month.

Every single match of the 2014 FIFA World Cup – from the group stage to the final – on ESPN, ESPN2, ESPN Deportes and ABC (through special simulcasts on ESPN3) will be available live on WatchESPN and ESPN3, accessible online at WatchESPN.com, on smartphones and tablets via the award-winning WatchESPN app, and streamed on televisions through ESPN on Xbox LIVE to Gold members, Apple TV, Roku and Amazon Fire TV to more than 92 million households nationwide via an affiliated video or internet provider. All ten ABC telecasts will also be accessible via WATCH ABC in select markets through an affiliated provider.

ESPN3 Surround will also present companion viewing experiences to all 64 telecasts exclusively on the multi-screen sports network, allowing fans to watch every match live in multiple language offerings, including Portuguese (also available via ESPN Deportes+) and Korean. Additionally, ESPN3 Surround will deliver two alternate camera feeds to every telecast. They include tactical cams – which will provide a high and wide view of the pitch, giving viewers an in-stadium perspective – and real-time highlight reels that will update as big moments happen during every live match. In the weeks leading up to the FIFA World Cup, ESPN3 Surround will also deliver tactical cam and fan cam feeds to three international friendlies featuring the U.S. Men’s National Team: USA vs. Azerbaijan at 10 p.m. ET on May 27, USA vs. Turkey at 2 p.m. on June 1 and USA vs. Nigeria at 6 p.m. on June 7.

The 2014 FIFA World Cup is expected to be a record-breaking event on ESPN web, mobile and social platforms, and ESPN FC will be at the forefront with the latest breaking news, highlights, commentary, discussion and debate. In preparation for the world’s biggest sporting event, ESPN FC will re-introduce two of its tentpole global digital products over the next month. They include:

New ESPN FC App – launch coming soon with specific features tied to the 2014 FIFA World Cup. The new ESPN FC app – developed natively for iOS and Android smartphones and supports both English and Spanish language – is built with the same user experience as the SportsCenter app, but with enhancements specific to serving soccer fans. It features a dedicated 2014 FIFA World Cup section that will be the default launch page beginning later this month, providing easy and immediate access to all related content before, during and after the tournament. In the US, the app will debut in-progress clips for the World Cup, whereby goal highlights will be marked on a timeline for each match in real-time. Additionally, all fans worldwide will have access to ESPN FC studio coverage and commentary video.

Beyond the World Cup, the new app will focus on European leagues, Liga MX and MLS while also offering coverage of all major leagues and tournaments. Enhanced video features include the most recent match-specific highlights and ESPN FC studio programming clips contextually integrated and delivered to fans within match detail pages. Navigation is designed around four content pillars:

Scores – live scores from favorite tournaments, leagues, clubs and teams and the day’s best matches, while also allowing fans to set alerts and access expanded information for each match with a simple tap
News – curated by ESPN FC, the best and latest headlines of the day with a mix of breaking news, features, video and highlight clips will be presented
Now – integrates contextual live scoring and social updates for select tournaments, leagues, clubs and teams from ESPN FC Twitter handles, enabling fans to reply, retweet, favorite, share, and email each post
Tables – provides easy and immediate access to groups and current standings

Other key features include:

Favorites and Clubhouses – provides quick access to favorite teams and upcoming or current games
Inbox – a personalized collection that enables fans to catch up on relevant alerts, scores, video highlights, and a more expansive offering of news content based on preferences and activity

The new ESPN FC app will be available free to download in the App Store and Google Play. 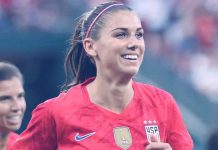 Blatter and Platini Banned from FIFA for Eight Years

Boom or Bust for World Cup in Brazil?