Thunder Bay – NEWS – Sometimes it just takes stepping up to speak up on an issue.

Clint Harris, a rather well known Thunder Bay advocate made a post on Facebook. The topic was human trafficking.

From Facebook, Clint Harris writes, “One thing I’ve learned over the years is if you are the smartest person in the room you’re in the wrong room. Last nights post about the series human trafficking i was educated by persons with first had knowledge of the situation in Thunder Bay. You know people smarter than me.

“Did you know that we are under attack by organized gangs selling and trafficking our children?

“Did you know that persons fly in from southern Ontario and buy boys and girls to take on their fishing trips?

“Did you know that the task force in Thunder Bay has grown from 1 to 9 combating this serious growth of trafficking?

“Did you know that a board of directors in soon being created to work together and help law enforcement?

“Now I could go on but I was told the best thing I could do to help was create awareness so here I’m doing what was suggested.

“Making you aware of what I didn’t know.

“I guess If you share this the awareness will grow and we can be part of helping our law enforcement combat what seems to be serious situation in our city”.

The serious subject of Human Trafficking is the topic. 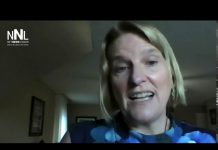