TERRACE BAY – POLITICS 2.0 – Running for political office means many things. First off perhaps it is the distances each political campaign racks up door-knocking. NetNewsLedger recently tagged along with the Frank Pullia campaign to Terrace Bay.

Reaching out directly to voters at the door might seem old-school politics however it is still a very effective way to reach out to voters. That engagement Pullia says is critical as it allows him, as the candidate to hear directly from the voters, so he can best represent their needs.

So, what is the Conservative candidate hearing directly from the voters?

Issues like Internet speeds are a key issue in the rural areas of Thunder Bay-Superior North states Pullia. Fast reliable Internet is critical for business, as well as healthcare, and education. That point was brought forward in Terrace Bay at the Fall Market where some vendors were having difficulty accessing the Internet to complete credit card sales.

Team Pullia in Terrace Bay
1 of 3

“Voters say that they are looking for someone to represent them who will work hard for them and understand their concerns,” continues Pullia,

”The fact is that as a representative of the people of Thunder Bay-Superior North, my ‘boss’ is the people who elected me. That is the approach I have always taken as an elected representative”

Pullia states that over the summer reaching out across TBSN it has been energizing. It has taken me back to Terrace Bay and Longlac where I worked for Kimberly Clark. As well I have been able to see how far we have come and how much more real work is needed.”

NetNewsLedger has received invitations from several of the campaigns to “Tag-Along”  and covering the individual candidate offering you, our readers and viewers an inside and greater insight to what is happening during Election 2019.  Its all a part of our growing “Politics 2.0” coverage. 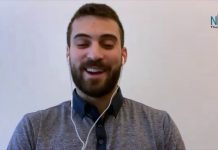