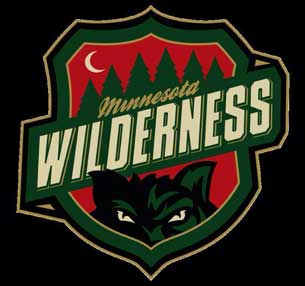 The North American Hockey League (NAHL) stated that the Minnesota Wilderness, who are based out of Cloquet, Minnesota a junior hockey team, has been granted a membership into the NAHL effective for the 2013-14 season.

The SIJHL recently announced that Ear Falls is joining the league.

The group was granted approval to operate in the Cloquet market conditioned upon acquiring, purchasing and relocating the dormant St. Louis Bandits membership.

The NAHL is the oldest and largest junior hockey league in the United States, with 24 teams representing 13 states.

Through the 2012-2013 Season the Duluth Cyldesdales and the Sioux Lookout Flyers were suspended from the league. The move by the Minnesota Wilderness leaves the SIJHL with the Thunder Bay North Stars, Dryden Ice Dogs, Fort Frances Lakers, Minnesota Iron Rangers and the newly formed Ear Falls Eagles.

For the past three years, the Wilderness have competed in the Superior International Junior Hockey League (SIJHL), a Canadian-based Tier II Junior League that is a part of the Canadian Junior Hockey League (CJHL).  The Wilderness are the three-time defending SIJHL Champions, including this past season.
They had won the previous two titles as the Wisconsin Wilderness before relocating to Cloquet this past season.  A week ago, the team won the Dudley-Hewitt Cup as the playoff champion of Ontario and will represent the region at the Royal Bank Cup, which is for the National Championship of Junior Hockey in Canada.
“We are excited to join the NAHL community and to bring the Northland elite level of Junior Hockey.  Even though this was our first year playing out of the Cloquet Arena, we are very proud of what the Wilderness organization accomplished this year, on and off the ice,” said Scott Thielen, Owner and Director of Hockey Operations for the Wilderness.  “Our goal as an organization is to strive to bring great hockey to the community and promote our players to the next level.  We firmly believe our move from the SIJHL to the NAHL is an important step in helping us accomplish these goals.  We are proud to be welcomed as a member in the NAHL and are looking forward to a great first year with the NAHL community.”
The Wilderness mark the third team in the NAHL that will be based out of the state of Minnesota, joining the Austin Bruins (Austin, MN) and the Minnesota Magicians (Richfield, MN).
“The Northland in Minnesota has a great hockey tradition and a knowledgeable fan base, and we expect the Wilderness to continue their past and current success in the NAHL,” said NAHL Commissioner Mark Frankenfeld.  “The team is supported by a group of owners that have the necessary experience to make the organization a successful one, on and off the ice.  Their location in Cloquet continues the growth of our central footprint and will open up even more opportunity and exposure to NCAA and professional scouts.”
“We are very excited to be able to bring an NAHL team to the Northland,” said Wilderness owner Chris Trapp. “To be a part of a league with such a long history of outstanding junior hockey is great news for our communities. It also provides opportunity for our local elite players to continue to pursue their hockey careers close to home.”
“I am extremely pleased to bring the North American Hockey League to the Northland,” said Wilderness Owner Joe Dusek. “This team will compliment all the other successful hockey programs already in existence and will provide an important link to those players who want to continue their hockey careers beyond high school. “
The Wilderness will play their home games out of Northwood’s Credit Union Arena.  It is a two-sheet facility, which is also home to local high school and youth clubs.  The arena has a seating capacity of 2,200. There is a dedicated locker room, coach’s office, training and equipment room along with a training facility on the second floor of the arena. A presentation to and final approval by the USA Hockey junior council is expected in June.