The Wilderness had a glorious opportunity to gain the upper hand early as the Thunderbirds had a trio of players penalized two minutes apiece for pre-game warm-up violations, but Soo netminder Joel Horodziejczyk withstood and early barrage making a half of dozen saves to keep the game scoreless.

After a scoreless first period in which shots favoured the Superior International Junior Hockey League champion Wilderness by a 17-3 margin, they were quick to capitalize to begin the second stanza getting on the board at the 33-second mark. 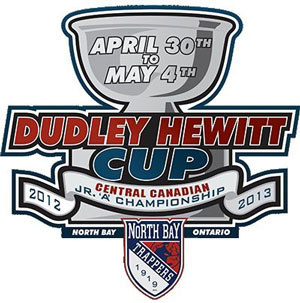 It came off early pressure as Conrad Sampair fed SIJHL most valuable player Mike Dietrich, who was open in front and made no mistake, wiring one into the top right hand corner over the outstretched glove of Horodziejczyk.

They added to their lead three minutes later as Shockley broke free while his club was shorthanded, darting down the left side, before cutting in and tucking a bouncing puck over the pad of the Sault Ste. Marie netminder.

The Thunderbirds had a glorious opportunity to get on the board moments later during a man advantage opportunity as Derek Battagin found himself staring at a wide open net only to fan on his attempt allowing Minnesota goalkeeper Defiel to reach back and poke the puck into the corner, out of harm’s way.

Midway through the contest the Wilderness found the mark again scoring for a third time on four shots as Jeremy Johnson redirected a Joseph Drapluk shot from the left of Horodziejczyk to make it a 3-0 game.

SIJHL 44-goal man and league rookie of the year Jordan Larson added to the cushion with 4:25 to go in the session unleashing a quick blast from the slot as he added to the lead.

Shockley’s second of the afternoon put the outcome no longer in doubt as snapped home a quick wrist shot from the left face-off circle at 11:37.

The Wilderness tacked on a power play marker courtesy of Nick McCormack and an even strength effort from Zach Thielen in the late going to round out the day’s scoring.

Finals shots on goal in the match-up favoured the SIJHL side 49-21, who improved to 1-1 in the tourney while the Sault slipped to 0-2.

Play continues this evening as a pair of 1-0 clubs meet at 7 p.m. as the host North Bay Trappers taken on the St. Michael’s Buzzers, champions of the Ontario Junior Hockey League.

Dudley-Hewitt Cup winner advances to the Royal Bank Cup May 11-19 in Summerside, P.E.I.