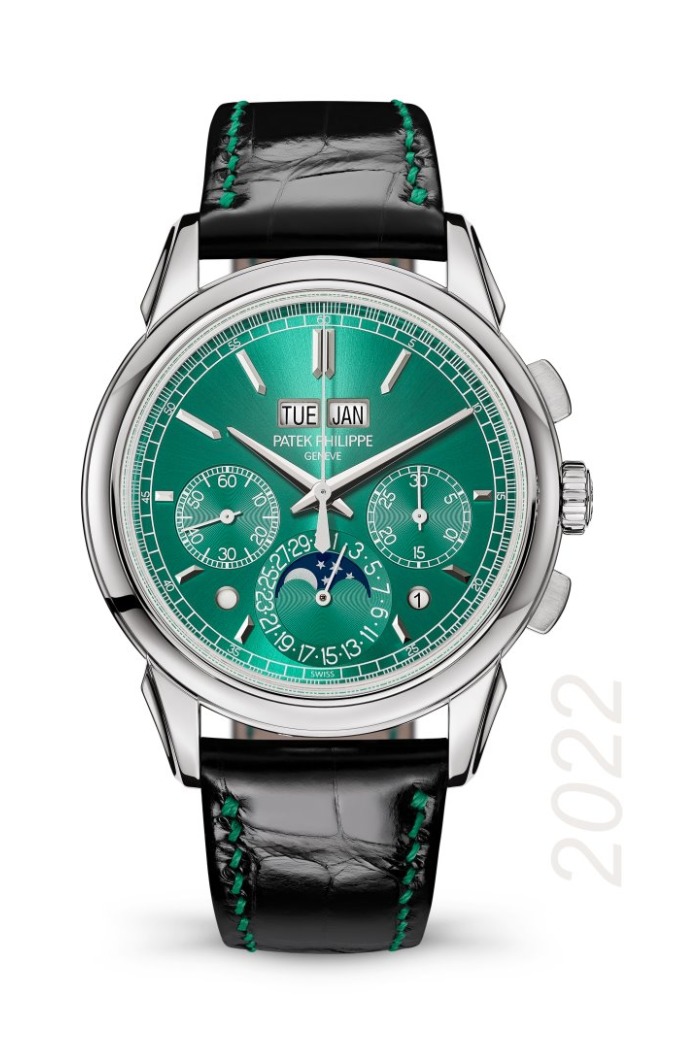 New York Watch Collector and self-acclaimed wrist-enthusiast Zach Lu (@zachattack__25 on Instagram)has a long history of finding and purchasing masterpiece horloges at charity  auctions. Zach’s philanthropic leanings have done much to enhance the experiences of his collecting journey.

Some of his most cherished horology-related memories have come from being at hand during humanitarian events. In 2021, for instance, he scored the crowning glory of the Patek’s famed Nautilus series–the Tiffany Nautilus 5711–from the  Phillips 2021 New York Watch Auction in December with all proceeds intended for The Nature Conservancy, an international organization engaged in restoring biodiversity and combating climate change.

Zach Lu honored the unusual timepiece–with its vivid Tiffany Blue center and dial co-signed by both Tiffany & Co. and Patek Phillipe–and its unique contribution to the charity, by breaking his trend of anonymous telephonic bidding and physically attending the auction.

Zach Lu was resultantly there in person when the 5711 sat under the hammer and collectors screamed increasingly higher bids into the competition space’s heated frenzy. When an unnamed New York bidder finally won the timepiece for $6.5 million all in, the watch world was promised that each and every single cent would be used by work helmed by The Nature Conservancy.

Six-weeks later, Zach Lu unboxed the watch on an Instagram video and announced that he had become the new owner of the auction example. When the original buyer had to drop out of the race for the Nautilus, Patek and Tiffany made the joint decision to offer the piece to another bidder–Zach Lu–with both a strong Patek buying history and an eye toward philanthropy. Zach purchased the timepiece for the highest price he had originally offered–$6.2 million inclusive of commissions–but he was assured that the promised $6.5 million would still reach The Nature Conservancy. “I think it’s fantastic,” he said of obtaining his “most memorable acquisition to date” from a charity auction. “It’s such a historic occasion; two of the best luxury brands have teamed up to work on the environment. It’s really great.”

Zach Lu adds that this is certainly not his first time bidding in a charity event. For instance, he regularly attends auctions for Children Action, a Geneva-based NGO committed to humanitarian enterprises that aids minors across the globe; incidentally, Patek Philippe–which also happens to be one of Zach’s go-to manufacturers–frequently designs timepieces for Children Action. The Ref. 5270T-010, a Perpetual Calendar Chronograph with a unique emerald green sunburst dial and titanium fold-over clasp, was specifically created for this year’s Children Action and even bears the metallized inscription “Children Action 2022” on its case back.

Zach Lu also makes it a point to be at hand during Only Watch, a watch action that raises funds for the Monegasque Association against Muscular Dystrophy (AMM). This Association was created to support scientific and medical research on Duchenne muscular dystrophy and its efforts have already produced global initiatives in scientific investigation and knowledge dissemination. Luc Pettavino, who initiated much of AMM’s mission, also acts as the auction host. The charity, and Pettavino’s work, runs under the patronage of Prince Albert II of Monaco. By regularly supporting the Only Watch Zach has been able to meet and interact with both Prince Albert and Luc Pettavino on multiple occasions. “Meeting Prince Albert has definitely been a career highlight,” he said. “And yes, the charity element absolutely matters.”