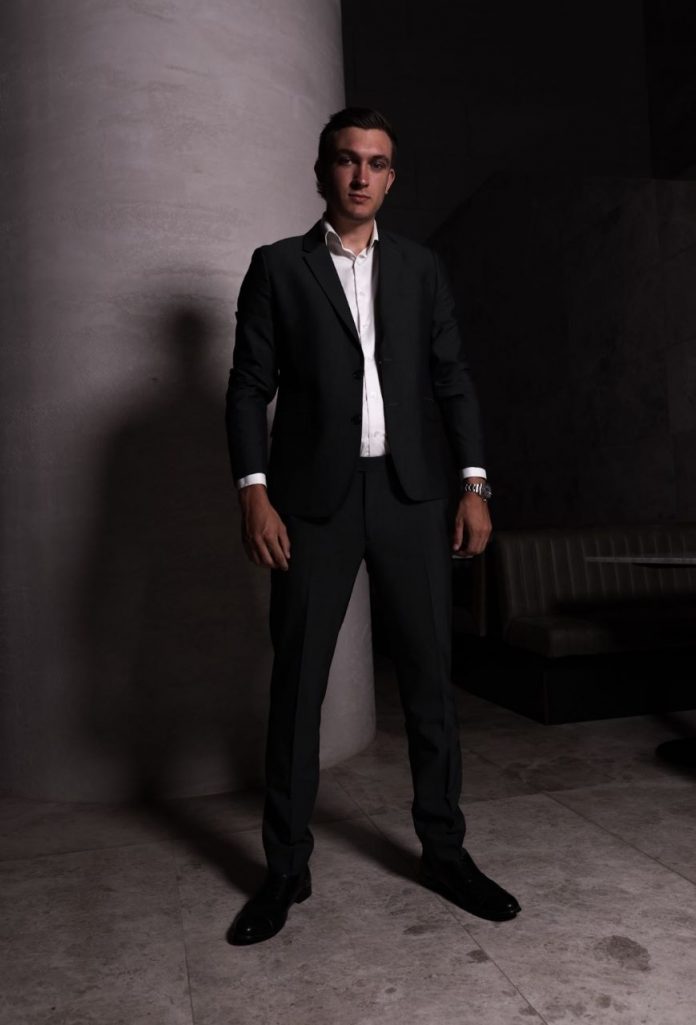 While many aspire to have the freedom and independence of self-employment, much fewer actually have what it takes to launch a successful business. It takes courage to give up the security of a regular salary in favor of the risk of starting and running your own business. However, this has yet to deter many young business owners, like Lucas Cook, who face an uncertain future.

When Lucas Cook founded Co Media, he was only sixteen years old. The 22-year-old started his company in his bedroom at his parents’ house, despite having no prior experience in marketing. Co Media is an Australian digital marketing company. It is the mission of the Melbourne-based digital marketing organization to help local businesses flourish. However, Lucas didn’t always have things easy. Before his success with Co Media, he had tried running a clothing business he established at fourteen.

The enterprising lad spent his entire savings of $200 on twenty T-shirts, each of which cost $10. He screen-printed a design on the front and sold them for $600. His clothing company expanded rapidly, and he soon had annual sales of $100,000. However, everything fell apart when he received a letter from a trademark attorney demanding that he rebrand the name of his business. Being a small-scale operation, Lucas had no choice except to take the hit to his pride and give up the business.

After the company crumpled, Lucas took some time to reflect on his professional interests. During this time, he discovered that he had a knack for marketing. Lucas found a talent and a passion for social media. From his dorm room, he began making cold calls to local businesses, offering to help them expand their customer base through social media marketing. “It goes without saying that proper marketing, if done at all, can bring in clients, raise brand recognition, and result in sales,” Lucas stressed.

Lucas, who happens to be an “all or nothing kind of person,” was dead set on seeing his venture succeed. Despite getting several nays, Lucas wasn’t deterred. “It’s understandable that as a 17-year-old lad making cold calls, I heard my fair share of “f*** offs and other expletives. But you know what? I’m a big believer that if you get enough no, you can get some yes,” Lucas explained. Once he got going, things picked up steam quite rapidly.

“If you have a concept, give it a try. Take a chance at something different. Let age be no object. Start a company doing what you love, and don’t be scared to try and fail. Even if you fail, you’ll still gain valuable experience,” Lucas said, advising young entrepreneurs. He says they should either go hard or go home. Lucas has never been one to let failure or disappointment keep him from living his dreams. This includes his struggle with his academics. Although Lucas struggled with academics in school, he was a good basketball player. However, a career-ending knee injury cut that ambition short. There wasn’t much he could do but pursue a new interest. “I had no choice but to get started; you could say my back was up against the wall,” Lucas reminisced.

These days, clients seek Lucas out instead of him making cold calls. He now has a staff of twenty people responsible for over a million dollars in sales. That tells how much growth his business has made since its inception. Many young people are afraid to go out on their own and try something new because they don’t want to fail. Lucas Cook’s final remarks for reflection are, “Don’t let age stop you from pursuing your dreams; you only have one life to live. If you’ve got a hobby, turn it into a business. And even if you do fail, you will have gained valuable experience. What is the worst that can happen?”