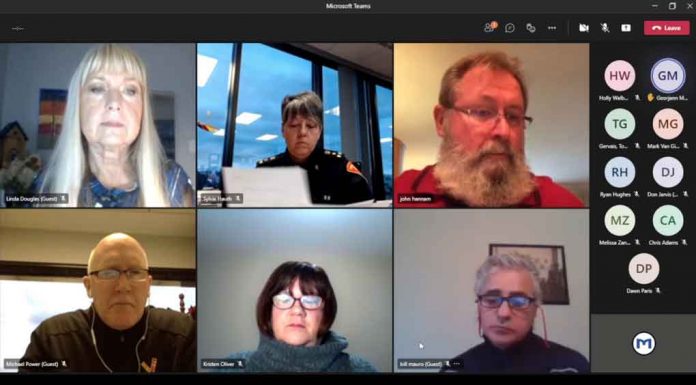 Solicitor General Asking for Investigation into Chief of Police, Deputy Chief and the administration of Police Service

THUNDER BAY – NEWS – Stephen Warner, the press secretary for Sylvie Jones, Ontario’s Solicitor General tells NetNewsLedger, “I can confirm that, as allowed for under the Police Services Act, the Solicitor General has made a request to the Ontario Civilian Police Commission to investigate the Chief, Deputy Chief, as well as the administration of the Thunder Bay Police Service”.

Warner states, “It is important to note that the Ministry of the Solicitor General does not have legislated authority to direct change or impose sanctions on boards or police services. The Ontario Civilian Police Commission has certain authority in the Police Services Act available for intervention in relation to misconduct and the administration of the police service”.

Warner concluded, “As there are pending complaints before the Ontario Human Rights Tribunal and Ontario Civilian Police Commission, I am not able to provide further comment at this time.

On Friday, Police Services Board member Georjann Morriseau held a press conference to outline the concerns surround her human rights tribunal commission case. The Thunder Bay Police Services Board, and Chief of Police Haugh have made statements in response to those allegations.

On the weekend the Thunder Bay Police Association came out supporting Morriseau’s allegations.