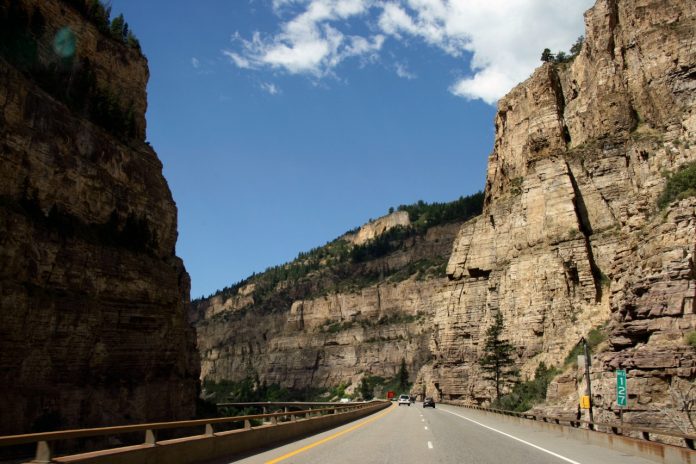 Motorists are being forced into long detours following unprecedented mudslides and structural damage to I70 going through Glenwood Canyon.

Following last summers unprecedented wild fire season, flooding and mudslides have been a common occurrence throughout Colorado. The unique terrain and construction of Glenwood Canyon however has created a highly volatile structural hazard, which has now collapsed on itself, causing massive road damage that has left this section of I70 closed for the foreseeable future.

The Colorado Department of Transportation (CDOT) has not issued estimates of when the interstate will become operational, nor cost of doing all the repairs.

Engineers working at the site reported that they have never seen this level of damage to a road system.

The road closure is wreaking havoc on businesses on both sides of the Rockies. Restaurateurs in Grand Junction are especially vulnerable to the current supply shortages and added costs of diverting truck deliveries by many hundreds of miles.

All these issues are prompting many local residents to once again discuss the possibility of building an alternate travel route connecting Glenwood Cannon to the rest of the Front Range.

CDOT has been advising motorists to take Cottonwood pass just south of Gypsum as an alternative route, especially because it also runs close to Vail Colorado Airport, however this road is steep and narrow with many unpaved sections making it not ideal, especially in hazardous winter conditions.

Local government officials are currently debating whether investing into modernizing Cottonwood Pass might be the best way forward.

By offering two multi-lane routes connecting the Eastern and Western slopes, traffic conditions should subside, and any future road closures will be easier to navigate.

“There can’t just be one way between Eagle County and Garfield County between the Front Range and the Western Slope.” said Tony Hershey, a member of the Glenwood Springs city council.

The recent slew of issues affecting the Glenwood Pass are the direct result of the Grizzly Creek Fire, which burned through the Canyon in 2020. With climate change and more forest fires in Colorado being an almost guaranteed reality, residents and local officials alike, are understandably worried about more such issues arising in the future.

The time to invest in infrastructure and find workable alternative transit routes for Glenwood residents is now. Colorado governor Jared Polis said recently, “We are taking immediate action to rebuild the damaged sections as soon as possible, but we won’t be fully aware of the extent of the damage until the debris is cleared.”

Polis, has confirmed that the state has declared a state of emergency, and that the federal government has been asked to step in and provide economic assistance as quickly as possible.

Assistance from the local and federal governments is, of course, a very welcomed development for Glenwood residents and business owners. The road closure has been crippling the local economy and each day the road is closed makes the situation worse and worse.

Glenwood springs relies on I70 to connect it to both Denver and Grand Junction, and without this vital route, or a reliable and safe alternate, this city of 10,000 is stuck isolated in the Rockies.