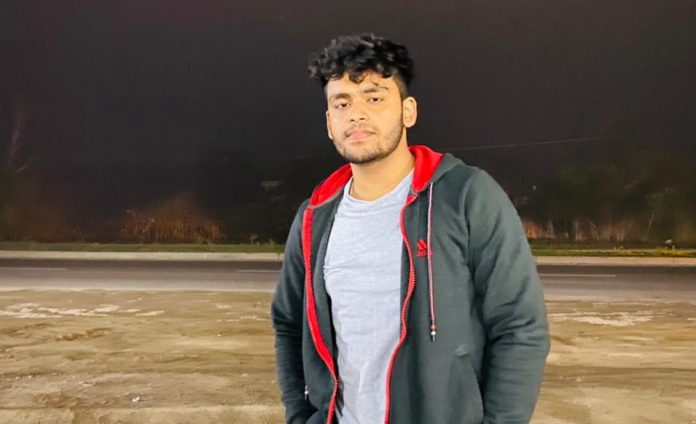 In these times of concern and crisis, music can be soothing to the heart and the minds of people who are stuck at home due to the lockdown. Artist, music producer and composer Ayush Sharma has hit the music world with his latest original song, Saamp in the month of May.
The song is about the life of a young boy, who was relentlessly betrayed by the people whom he loved and kept close. Each line of his poem expresses the heartbreak that Ayush intended to convey due to the very personal experience that he had of the same.

Ayush, being an ardent fan of MC Stan, had always wanted to create music similar to his beats. When asked about the effort that went behind the creation of the music, Ayush said, “First I developed a beat that gave me MC Stan vibes. It gave me so much energy that i decided to go on with it and add to the beats. The next day, i wrote the verse for the song and recorded it in my car as i don’t have a studio or personal room. This is by far one of my favourite creation of mine.”

As one listens to the song, it is very evident that the pain in the lyrics is very much intense and can make tears roll down the cheeks of people who has gone through hard times. “This song was born out of my sorrow and pain. That is exactly why i was able to give so much of a life to every word and sentence that followed one another. I was highly saddened by the breakup of our music collective, TRINETRA, a few weeks back. This song is a reflection of my heart and mind”, says Ayush sharing his feelings behind the song.

Ayush Kumar debuted in the field of music with the release of his song, “Soorya Ast” in the year 2017. He rose to fame with the song “Bharatiya sena” in 2020, which was a tribute to the Indian army, on his own label “TRINETRA Entertainment Inc.” His songs such as “Yaar/Gaddar” and “Dikdok” became an instant hit among the youth. With this newest release, he is bound to be seen among the promising artists in the music industry.

Jared Scott: Why Collaboration and Teamwork Are the Secrets to Success