Home Technology When Scoutmasters Got Trained to be Amateur Radio Operators 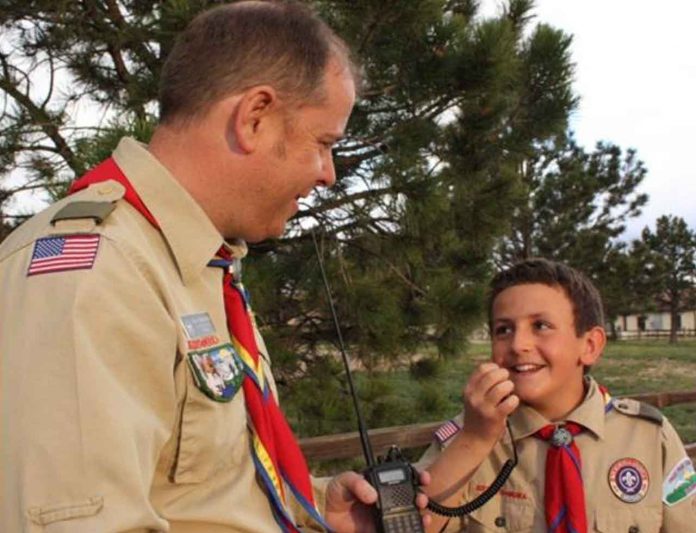 Did you know that amateur radio supplies can come in handy when the grid is down? In case you didn’t realize this fact before, now you do! Scott deMasi, the assistant scoutmaster, knew the right way to respond to such an alarming situation with the power down in Kingwood’s subdivision in Texas. In 2017, the devastating Hurricane Harvey (Category 4) had wreaked havoc in many parts of the region, including Scott deMasi’s subdivision.

If you have ever watched the havoc that a hurricane can cause, you won’t be surprised to learn about washed away bridges, flooded roads, power outs, and washed away cellphone towers. One thing that pandemic and natural disasters like these have taught us is that often we aren’t prepared for emergencies and lack the right kind of precautionary measures and survival tools/ gadgets. To deal with the frustration of power outs and with no way to reach family and friends and check-in on them if they were safe, deMasi realized that something needed to be done.

After the water level decreased, the two assistant scoutmasters, David Godell and Scott deMasi, sat down and worked for a solution to effectively communicate with their troop of a hundred scouts. Scott deMasi had spent 15 years as an amateur radio operator and knew the effectiveness of the ham radio in times where one’s survival is at risk. The task left was to train their troop of 100 scouts and their parents to maneuver ham radios. With the power down and roads flooded with water, operating a ham radio was indeed a lifesaving skill.

During the initial meeting, the Scouts were presented with study materials and useful links to familiarize them with these awesome radio-communication devices. The Scouts were also taken to test sites to enable them to become licensed ham radio operators. To raise their troop’s interest and participation level, deMasi and Godell collaborated with their local radio club, and a one-day class was organized for the troop at the Texas Emergency Amateur Communicators radio station. Subsequently, by ending with the mandatory licensing exam, the Scouts were keen enough to fulfill nearly all requirements for obtaining their merit badge.

Both Scoutmasters bought them handheld radios with the right frequencies to enable their troops to continue using and practicing their new skills. Once the seed of interest was planted into the Scouts’ minds, there was no going back.

During scouting events, such as campouts, the licensed Scouts and adults began to use their skills. Information was radioed from one campout to another and patrols via ham radios across the camps. By practicing a no-cell phone-use policy, the ham radios became the only means of communication. Thus, ham radios provided the only platform to stay in touch with others.

During service projects, the licensed scouts communicated directions to their fellow scouts while being spread over a larger space. With the help and efforts of their Scoutmasters, the troop gained much confidence as they were provided with opportunities to use ham radios. Witnessing their fellow Scouts with handheld amateur radios also prompted other scouts to get their license. It worked like a butterfly effect; once two dozen licensed scouts got their radios, others wanted radios.