“Thunder Bay workers and families will benefit if transit vehicles for Ontarians are built right here in Thunder Bay. This is exactly the kind of green, made-in-Ontario manufacturing plan that must be part of our COVID-19 economic recovery plan,” said Monteith-Farrell.

Today the TTC is voting to order more buses, subways, streetcars, and Wheel-Trans buses, but the order will fall short of what is needed to replace aging vehicles because the Ford government is refusing to pay its fair share.

Without provincial funding, the City will only purchase 13 streetcars, 70 Wheel-Trans vehicles, 300 buses, and no subway cars.

With provincial funding, which also triggers federal funding, the order would increase to 60 streetcars, 80 subway cars, 512 Wheel-Trans buses, and 1,422 buses.

Why Investing in a Manufacturing Management Software is Crucial 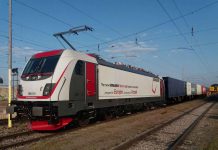