THUNDER BAY – POLITICS – The recent announcement of pending layoffs at the Bombardier Thunder Bay Plant creates tremendous hardship and uncertainty for the employees and their families.

This decision will also be felt by the employees and families in the local Plant’s supply chain of over 550 companies, some located here in our City and many in southern Ontario. The announced November layoffs impact on the local supply chain will dramatically impact the economy of Thunder Bay and Region.

Everyone connected to the Bombardier situation has been made aware of the existing contracts nearing conclusion. Beginning immediately after the last municipal election, and in collaboration with other stakeholders including our Thunder Bay Economic Development Commission, our City Council through the City’s Intergovernmental Affairs Committee, worked hard to ensure that the new Provincial Government and other stakeholders were aware of the situation. We have met directly with the Chair of the Toronto Transit Commission (TTC) and the CEO of Metrolinx.

I have spoken directly with the Mayor of Toronto, John Tory as well as a number of relevant Ontario Government Ministers on this file.

We have heard clearly that the demand for mass transit vehicles in the Greater Toronto Area is strong. When the City of Toronto, through the TTC, and the Province of Ontario, through Metrolinx, move forward to meet that demand there must be two key elements in place: first, a commitment from the Provincial and Federal Governments to help fund the purchase of these vehicles; and second, there must be a commitment to Canadian content requirements. Government funding is vital but without ensuring that Canadian content requirements remain in place, the chance of future contracts coming to Thunder Bay may be greatly diminished.

Asking for Canadian content requirement policies is not corporate welfare. It is asking our governments to put in place/maintain policies that mirror those that exist in other jurisdictions. The recent federally tendered one billion dollar Via Rail contract was awarded to Siemens in Germany and these vehicles, I am told, may be built in California.

A similar situation could occur if the Canadian content policies are not maintained, if, and when, the TTC and Metrolinx move forward with the purchase of more vehicles.

The Greater Toronto Area continues to grow rapidly in population. That growth fuels the continuing demand for more mass transit procurement. Our plant and its workforce are well-positioned to meet that demand as they have in the past.

It’s been clear that the Government of Ontario recognizes the importance of Bombardier to our local and provincial economies. We are pleased with the Province’s commitment to mass transit as was evident in their Plan to spend nearly 30 billion dollars on the expansion of mass transit in the Greater Toronto Area. Their commitment to the Thunder Bay Plant was clear when they issued a directive to Metrolinx to negotiate the purchase of 36 additional vehicles. While we hope for a successful conclusion to the Metrolinx negotiations, we also recognize it to be a short term solution. We are committed to continuing to work with both the Provincial and Federal Governments, and Bombardier Management, to ensure a long and prosperous future for Bombardier in Thunder Bay. 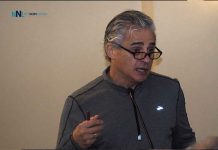 Mayor Bill Mauro – “Our geographic isolation is in our favour”