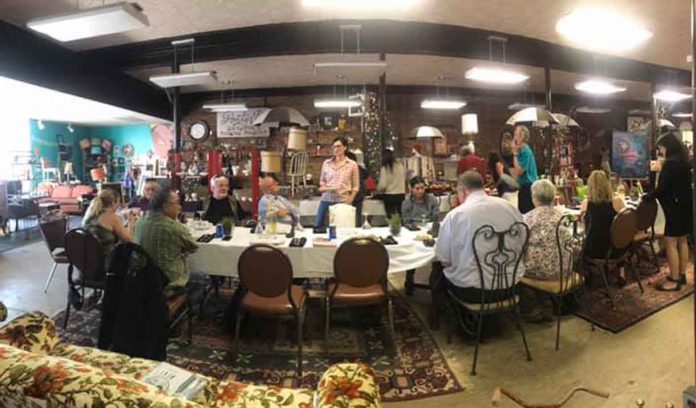 by Louis Buff Parry
President and Chairman of The Salai Project Inc
As you have graciously announced, it has been over the recent years that I have visited Thunder Bay on three occasions for meetings with key people about a feature film that I, with my co-author Rodney S. McLeod, have been developing.
The last time you printed an announcement about this was in the days leading up to the “long table supper” held in Thunder Bay on June 17, 2019, at the Hub Bazaar. The announcement was titled “Ochagach: The Making of a Movie.” So in reply to your on-going call for “a positive idea for Thunder Bay”, here is more on the subject of this film we will produce largely in Thunder Bay.
This film project has everything to do in both subject matter and in location with some of the key events of the early 1700s, events that transpired in the area that was to become Fort William and Thunder Bay.
It will feature and biograph two understated human pillars of Canadian and American history arising from what was to later become Thunder Bay. These great historical pillars are Ochagach and La Verendrye. But to avoid confusion about the explorer named La Verendrye, who will indeed be featured, the fact is that so too will two of his several sons be almost equally featured. For clarity purposes, it was Pierre Gaultier de Varennes et sieur de La Verendrye who met Ochagach (the Cree cartographer, scout and trailblazer) in what later became known as Thunder Bay. However, two of his sons, the eldest named Jean-Baptiste and the youngest named Louis-Joseph, will also be featured almost as much as their father Pierre in our Ochagach film.
Our film will explore why La Verendrye and Ochagach met, for the first time, in 1729 in the area of what later was to become Thunder Bay. We will further explore the very mysterious artifact Ochagach seemed to already know about in advance but that was “found” by Louis-Joseph in the beginning of 1743 to the west/northwest of Mandan, North Dakota, while the La Verendrye sons were on a scouting mission to find a passage through the Rocky Mountains to what they called “the Western Sea”.
We want our film initiative to become the production of an epic historical drama that will panoramically sweep in and from the Thunder Bay area, then across to what is now called Wisconsin, Minnesota, North Dakota, part of Manitoba, much of Saskatchewan, and a lot of southern Alberta. But the lion’s share of this film will be produced in the Thunder Bay area. And it will be about this inscribed mysterious artifact Louis-Joseph found and delivered to the Jesuits of Quebec for identification who themselves sent the same relic along to the Governor-General of New France and then on to King Louis XV’s Secretary of State and of the Marine, the Count of Maurepas. My earlier film titled Lapis Exillis that swept the film festivals in 2007, winning several awards including first place in category, contains many details regarding the same mysterious artifact; but it must be noted that our next film, Ochagach, will not be the “sequel” to Lapis Exillis.
Ochagach will be a feature film, while Lapis Exillis was a documentary. And Ochagach will provide a great deal more about this epic story beginning in Thunder Bay that isn’t in Lapis Exillis and is newly discovered and richly textured information.