THUNDER  BAY – The Board of Shelter House Thunder Bay announces that its Executive Director, Gary Mack, has submitted his resignation. Mr. Mack’s resignation is effective September 29, 2017.

“Throughout his tenure as Executive Director, Mr. Mack worked diligently to develop new partnerships and to nurture existing partnerships with community stakeholders”, says Ryan McDonnell, Chair of the Board of Directors.  “He was and remains committed to the mission and work of Shelter House.”

During the past 18 months, Mr. Mack led a number of successful initiatives including:

“The Shelter House Board thanks Mr. Mack for his efforts and wishes him well in his future endeavours,” says McDonnell.

The process for recruiting an Executive Director will immediately commence.

Shelter House will continue to provide basic needs, dignity, and comfort to the homeless population in our community. 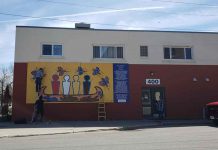