“On that shaded day,

Dark with more clouds that tempests are.”

There was such an optimistic single star beaming in the early dawning of the day after September 11th this weekend. It shone so peacefully, yet bright as a Hanukkah candle, just beyond the window where my wife and I were staying in the United States. To the right of it: a gigantic Stars and Stripes flag had been re-addressed, lifted from its half-mast memorial the day before. To the left: a gigantic construction crane with a bucket scoop-welded in the shape of a human heart. Yet it begat its metaphor of ‘a work-in-progress’ It forged a captive image. Like something child might have cut as a silhouette with scissors from midnight black art papers.

The juxtaposition of the three: heart shaped industrial tool, shining star, and, the lessons woven within America’s legendary red white and blue historic flag was quite like a National Geographic photo of the day.

It was all quite unexpected. Getting out for a morning walkabout it drew upon my imagination. It was quite compelling. It was perhaps a kind-of-heaven-sent introduction to the recollections of people from the USA whom I had met telling they told stories of where they were when the first newscasts of 9/11 some 14 years ago froze them in time. A hotel manager living in Miami was off work because he had torn his Achilles. He was getting ready to head to his therapist when the morning news showed the first plane crash into a tower. “Well it was almost a repeat of what happened in Miami not too long before,” he began his telling. “Because,” he was a small plane actually hit a high structure only a week earlier and was stuck there. High up.”

He paused, said, “yet, when the second plane streamed into the Twin Tower, by this time I had driven to the hospital, everyone from the receptionist to those in the waiting room were so incredibly overwhelmed. It was no accident. It was mayhem delivered in the form of a missile.”

John Prendergast who was working in Milwaukee received one of his first ever calls on his very first cell phone. He saw the number. Appreciated it was from his home and his wife. Thought it would be cheerful. Not so. “Her voice reflected the anguishing stuff she was seeing in TV,” he recalled. “Who can ever forget where they were that painful, star crossed day?”

Prendergast took the fate of that day with him travelling wherever his company sent him. Sometimes to England and Ireland. Other places across the continental USA. It really moved and transfixed him. “So, when we had the chance,” he carried on, “we were some of the initial ones attending the opening of the displays at Ground Zero. “If I searched for a word to capture what it felt like,” he spoke to me like one who was still searching for just the correct way to say what they felt. “I suspect something like ‘eerie’…might be near to what was so profoundly difficult to interpret. It may still be debated the most effective English word to underscore this kind of human disaster with its far ranging implications has yet to enter our American English dictionary.”

Walking around a sun splashed and very pleasant neighbourhood, in the afternoon, I paused at a red light. A cabbie in his parked car was at an adjacent curb. He was cherishing a coffee. Listening to ones being interviewed on radio who were in New York and Pennsylvania. Together we could hear their stories as he held an arm out the window pointing to his dash where the radio host reported a woman near the remote Pennsylvania monument goes there ever year. She says a few verses, then touches every name of every passenger on the fugitive plane that perished in the ground there. “Hopefully a much better 9/ll today for all of us,” I said as the intersection light went green. “We’ll pray for that, now, and always,” the cabbie smiled. He gave a thumbs up sign. The sounds of the city’s traffic, and a helicopter overhead, were drowning out the fine contemplative silence we had momentarily shared.

In one of the most curious stories Taylor, a young man now in his mid twenties, was kept from school by his mother. She was a nurse who was deliberating over something that had happened in the manner in which she disagreed with the school. Taylor said, “So before she was to go to work at 10 that day, we were still together when the first scenes came on TV. I’ll never forget being able to share her strength of those moments as we sat side by side on our couch.”

In another vignette, a visiting newscaster and writer named Dan and I met while sending dispatches from a common workroom at the Radisson. He was intrigued by what Princess Kate had observed, and actually discovered, in her own walkabout of Ground Zero with Prince William. “It was something about shoes, footwear?” Dan was inviting my Canadian response.

“It was after she had been quietly looking and made her way along a few of the exhibits that she discovered the story that marked her time there,” I was remembering TV moments following their Royal Tour in Manhattan. “Kate told the BBC she had no idea there was this sort of missing, puzzling, part of its theme that became such a conglomerate echoing the rapid-fire exodus of so many. With the sounds of broken glass, smashed architectural beams raining down on their every step. In the collection were signs of being such a mortal human being. I quoted from Beowulf and the lines, “there is no easy way to flee from one’s fate. Each dweller on earth is destined to seek his appointed place.” The range of shoe styles went from sandals, oxfords, high heels, you-name-it-shoes that were left as portraits of those who died there.”

“That’s it,” Dan wanted—as a newsman—to give it one of those short descriptors indicating the theme of what we discussed. “So, each pair represented the soul of someone lost.”

My notebooks were filling with reactions and responses from so many citizens of the States we encountered during our 9/11 weekend. There were those who were in school or college. Others, staying at the same place we were, who had worked in Washington, DC. One, in particular, for a number of years with former President Bill Clinton. Another, a charming lady who owned a bookshop. To the quick of her story. She had left the shop Open with a co-worker to vote in a state by-Election. She returned, having born the bruising brunt of those incredibly horrific moments in history. Only to call it a day. Lock up the books. Pledge the rest of the day to falling back on some of the 19th century prayers written by Emerson***. In an attempt to share the Greek element of empathy all the while thinking of the blistering abrasiveness of a sky plane attack on her civilization.

Meanwhile, September 11th is also the birthdate of D.H. Lawrence, early twentieth century journalist from England. Who on a world voyage once, long ago, looked at the state of the world through the eyes of Nature. Lawrence chose a mother kangaroo after watching one in the outback, with her little joeys safely in her marsupial’s pouch, as Lawrence meandered across Australia. It is perhaps as good a quote, with its own heartfelt empathy, attempting to bridge what lives in its own common association with us as we move about on our earth.

Lawrence penned these in his diary before completing his poem now known as Kangaroo.

“She watches with insatiable wistfulness.

Her eyes are shining full and fathomless.

She watches from untold centuries. Waiting for something new to come.

For a kind signal. In a land temporarily lost. Band now silent… 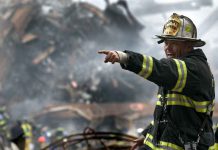 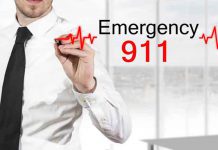 911 for Emergencies Only – OPP 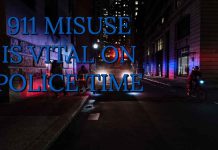 What Happens When You Call 911?

In the Years Since the 911 Attacks Americans have Grieved