THUNDER BAY – True or False: Do Aboriginal people get free post-secondary education? This is another of the so-called facts that so many people have cast is stone as a truth. The facts are that the federal government provides some funding for status Indians to receive from their local band. Non-status Indians, or Metis are not eligible. The funding from the federal government is limited, and many times applications for funding are turned down.

Here is some of the background: In a report for the federal government in 2009, the Educational Policy Institute stated, “While participation rates of Aboriginal students within Canada’s post-secondary education system have significantly increased over the past 20 years, Aboriginal students are still far less likely to enter a postsecondary program or institutions compared to their non-Aboriginal peers. Indian and Northern Affairs Canada (INAC) supported 3,600 post-secondary students in 1977-78. This number increased to 27,000 in 1999-2000 and is projected to increase a further 26% by 20101. Although participation rates are growing among Aboriginals, these individuals are still significantly under-represented in Canada’s post-secondary educational system. According to the 2006 Census of Canada, 32 percent of Aboriginal peoples 25-34 years old had not completed high school, compared with 10 percent of non-Aboriginal Canadians of the same age. In terms of university attainment, only 3 percent of those with Registered Indians status had a university degree, compared to 6 percent of the broader Aboriginal identity population and 18 percent of the entire population”.

While funding is paid by the Ministry of Aboriginal Affairs and Northern Development, the money comes from the local band office for status Indians. Here is what the AANDC:

“How to apply: Eligible Status Indian Students: Administration of the program is done through the First Nation or designated First Nation organization that determines the funding and selection criteria in accordance with national guidelines.

Self-governing First Nation members in the Yukon that have not yet assumed responsibility for post-secondary education through a Programs and Services Transfer Agreement are eligible for funding under this program”.

In this instance, as in several others, the funding levels have been capped, and despite having one of the faster-growing populations in Canada, there are no moves to increase funding.

Likely in the long term, this is going to cost more to the Canadian economy than any seeming savings. “Recent research from the Centre for the Study of Living Standards suggests that if the gap in educational attainment between Aboriginal and non-Aboriginal Canadians were to close by 2017, an additional $71 billion could be injected into the economy (Sharpe et al., 2007). As declining enrolment among Canada’s non-Aboriginal secondary school population limits the pool of potential high school applicants to PSE, the efforts of post-secondary institutions to recruit and retain Aboriginal students will become increasingly important. Of even greater significance, encouraging Aboriginal access to, and participation in, PSE will enhance the employment prospects and socio-economic status of Aboriginal peoples, improving their quality of life and contributing to Canada’s social and economic prosperity.” (ibid)

It is a case where the investment of enough funds into education, which both the federal government and the Assembly of First Nations have both stated is a path forward, would be a worthwhile investment.

AFN National Chief Shawn Atleo says, “As leaders, we need to listen closely to this upcoming generation and give them the tools to build a better life for themselves. Believe me when I say that we will make this happen with hard work and dedication”.

Education is considered an inherent right negotiated in the treaties between First Nations and the Crown. The policy of the Canadian government in the early 1900s, however, was to assimilate First Nations children into white society through the repressive residential schools. Today, First Nations are still struggling with the social and cultural impact of the injustices of the residential schools in which children were separated from their families and their culture, forbidden to speak their language, and physically and emotionally abused.

Over the past decades, First Nations have fought for the recognition of their treaty right to education and to control the education of their children. It was not until 1973 that the federal government accepted this principle.

The federal government, funds schools on reserve or subsidizes the education of reserve-based students in neighbouring public schools. This funding is not provided to non-status or Métis peoples.

The answer to the question is that some Aboriginal students have their tuition paid for.

The reality is that this is a far larger problem than just post-secondary education. The level of education in many northern communities appears to be leaving many students unable to even qualify for future educational opportunities. 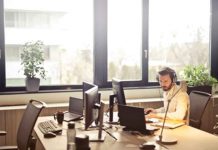 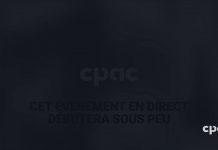 Future of Education in Times of COVID-19