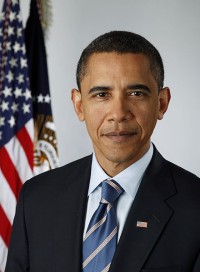 THUNDER BAY – Canada’s Liberal Party and American President Barack Obama appear to be on completely different sides of the debate on marijuana. American proponents of more sensible marijuana legislation are likely to be interested in the motion passed this weekend at the Liberal Convention. Despite the best efforts of American activists, the Obama White House, since last November, has refused to even accept petitions on the legalization of the drug, according to “Young Turks” in a posting on Youtube.

In both the United States and in Canada there are many people who are jailed for possession of marijuana.

The Obama White House states, “Marijuana and other illicit drugs are addictive and unsafe especially for use by young people. As officials with the National Institute on Drug Abuse state, drug addiction is a progressive disease and the earlier one starts, the more likely are the chances of developing a substance use disorder.

“Marijuana contains chemicals that can change how the brain works. And the science, though still evolving in terms of long-term consequences of marijuana use, is clear: marijuana use is associated with addiction, respiratory and mental illness, poor motor performance, and cognitive impairment, among other negative effects. This is especially troubling since research suggests one-in-11 people who ever used marijuana will become dependent on it; this risk rises to one-in-six when use begins in adolescence. In 2009, marijuana was involved in 376,000 emergency department visits nationwide.”

The White House adds, “This Administration joins major medical societies in supporting increased research into marijuana’s many components, delivered in a safe (non-smoked) manner, in the hopes that they can be available for medical professionals to legally prescribe if proven safe and effective. The U.S. Federal Government is the single largest funder of research on marijuana in the world.

“Furthermore, the Administration opposes drug legalization. Legalization threatens public health by increasing availability of drugs and undermining prevention activities. It also hinders recovery efforts and poses a significant health and safety risk to all Americans, especially our youth. Marijuana is a harmful drug and its use should be prevented and treated – not promoted.”

Here is the resolution on Marijuana passed by the Liberal Party:

WHEREAS, despite almost a century of prohibition, millions of Canadians today regularly consume marijuana and other cannabis products;

WHEREAS the failed prohibition of marijuana has exhausted countless billions of dollars spent on ineffective or incomplete enforcement and has resulted in unnecessarily dangerous and expensive congestion in our judicial system;

WHEREAS the legal status quo for the criminal regulation of marijuana continues to endanger Canadians by generating significant resources for gang-related violent criminal activity and weapons smuggling – a reality which could be very easily confronted by the regulation and legitimization of Canada’s marijuana industry;

BE IT RESOLVED that a new Liberal government will legalize marijuana and ensure the regulation and taxation of its production, distribution, and use, while enacting strict penalties for illegal trafficking, illegal importation and exportation, and impaired driving;

BE IT FURTHER RESOLVED that a new Liberal government will invest significant resources in prevention and education programs designed to promote awareness of the health risks and consequences of marijuana use and dependency, especially amongst youth;

BE IT FURTHER RESOLVED that a new Liberal government will extend amnesty to all Canadians previously convicted of simple and minimal marijuana possession, and ensure the elimination of all criminal records related thereto;

BE IT FURTHER RESOLVED that a new Liberal government will work with the provinces and local governments of Canada on a coordinated regulatory approach to marijuana which maintains significant federal responsibility for marijuana control while respecting provincial health jurisdiction and particular regional concerns and practices.