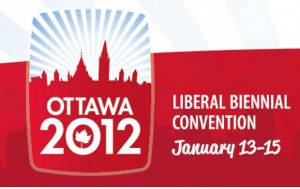 THUNDER BAY – TECH TALK – The federal Liberals just completed their policy convention. One of the additions to this year’s Liberal Convention was a complete embrace of the Internet, social media, and online video. Liberal Live offered gavel to gavel coverage of the entire event. In addition, the Liberals encouraged online participation. Over the past ten years, in addition to fund-raising, the Conservatives have owned the blogsphere over the Liberals.

Right now it appears the Liberals are taking the Internet lead over the Conservatives and New Democrats.

The move by the Liberals brought in over 30,000 direct viewers online on “Liberal Live”. Certainly parts of the convention were planned in advance. The closing video, sharing speakers all sharing “I’m proud to be a Liberal” is part of the theatre that all political conventions embrace.

From an Internet standpoint, the Liberal Party has seen some solid growth over the past month.

Alexa.com notes that over the past month the site has a global ranking of 184,942, that is an inprovement of 70,124 rank listings over the past thirty days. In comparision, the Conservative Party is ranked 792,668th, and the New Democrats are ranked 269,243th. (Alexa.com is a global website ranking company)

There were also moments where through Twitter some of the stranger moments of the event made it online. One delegate from Saskatchewan tweeted how his credentials and identification, including his bank card were stolen from him. An hour later he reported security had returned them to him.

Many of the tweets on the convention were coming from delegates, sharing their impressions live from the convention floor. On Twitter, the #lpc12 hashtag had many of those tweets.

When you consider that the Liberal Party has been declared dead, but such Canadian pundits as Peter C. Newman, gathering 3300 registered delegates to a policy convention is a strong indication that party members were not attending a wake, but rather hoping they were attending a rebirth.

At the Convention: The decision to allow all Canadians interested in participating in the leadership race to vote for the Liberal leader. It is likely hoped that these new supporters will be enticed into party membership. It is a bold move, on the convention floor, many of the delegates opposed to the move were worried that the decision could open the party up to potential tampering by their political opponents or special interest groups.

Liberals also made a decision to head in a different direction by electing Crawley as new party president. The decision reportedly took three re-counts, and the margin of victory was a mere six votes.

Two of the more controversial decisions made by the convention were first to leave the party leader the power to veto party policy resolutions. Second was a stand toward the decriminalization of marijuana.

Post convention Bob Rae, who Michael Crawley the new president called the party leader, said, “We need an Ottawa winter to be followed by a Canadian spring”. Rae is apparently embracing the resolution by the Liberal delegates. “Let’s face up to it Canada: the war on drugs has been a complete bust!” stated Rae.

The Liberals appear, from all indications to be headed back on the path from their election defeat in May 2011. The path may be long, and not all the potholes on the Liberal highway are fixed, let alone found, but it looks like there is a revived energy in Canada’s Liberal Party.