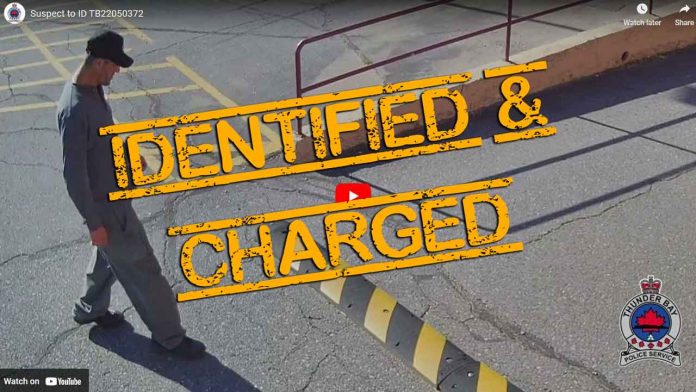 Thunder Bay – News – Police have charged a suspect in connection with the July break and enter and mischief to a local church.

TBPS officers with the Primary Response Unit were originally dispatched to the Corpus Christi Catholic Church at 664 Red River Road just before 8:55 p.m. on July 30, 2022. Police learned that some time between July 29 and July 30 an adult male head broken into the Church and vandalized the altar.

The initial evidence reviewed by officers indicated the damage inside appeared to be done in a manner to intentionally disturb churchgoers.

Further review by a Liaison officer with the TBPS’s Community Inclusion Team concluded the incident was consistent with a crime motivated by hate.

Members of the Break and Enter and Robbery (BEAR) Unit became involved with the continued investigation.

As part of their investigation, the BEAR Unit collected surveillance footage showing the accused on the date of the incident. Portions of that footage were later distributed to the public, which was part of an appeal for assistance to identify the suspect.

A suspect was later positively identified by investigators.

The Thunder Bay Police Service would like to thank the public for their assistance during this investigation.