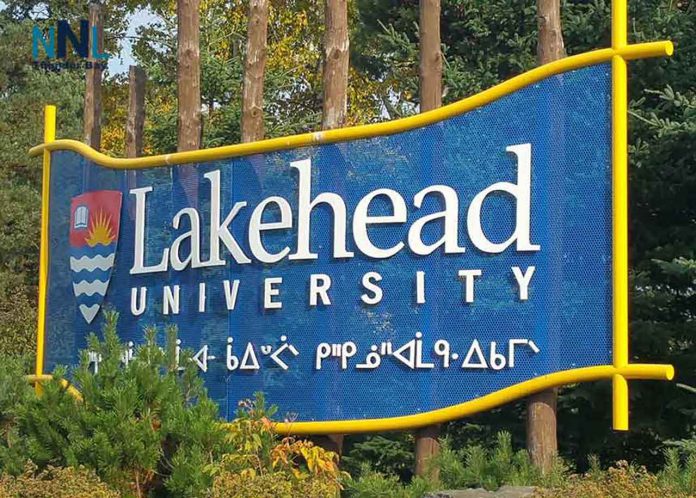 The work was led by Emma Lehmberg, a past Curator of the Claude Garton Herbarium (now a PhD Candidate at Texas A&M University), along with Dr. Michael Rennie, Associate Professor in Biology and Canada Research Chair in Freshwater and Fisheries, and Graydon McKee, a past student in Dr. Rennie’s lab.

The researchers studied field-naturalist observations and herbarium records to show changes in the average timing of flowering in spring plants in the region during a period of regional climate warming.

“Keep in mind that this is an average increase with a lot of variation around it.” Dr. Rennie said.

“For context, the global average over the same time period has increased by about two degrees Celsius. It doesn’t sound like a lot, but because year to year variation is so large, any detectable trend of even this small magnitude over this long of a time period should be of major concern.”

Dr. Rennie said the group’s research showed that climate change in the region is associated with changes in the timing of blooms for some early flowering species. This could interrupt the potential for pollination, which would have direct impacts on each plant’s reproductive success.

“The biggest surprise for me was that the trend in time for all plants was for later blooming – this is opposite what you’d expect under a warming climate,” Dr. Rennie said.

One thing Dr. Rennie learned was that researchers can’t rely solely on patterns over time to evaluate climate drivers on biological processes.

“There is a lot of variation in weather from year to year, and our data – like many datasets – doesn’t have information for every single year. As a result, how that annual variation from year-to-year lines up with the data that one actually has on biological processes – in our case, timing of spring blooms –  can sometimes lead to patterns over time that aren’t all that meaningful.

“Our paper highlights the importance of looking explicitly at climate variables in these analyses, versus just relying on patterns over time,” he said.

Their focus was primarily on the peak blooming time – when either field naturalist observations or herbarium collections indicated the greatest number of flowers among several observed specimens in each year.

“Using that metric, the largest changes we saw in our study over time and with climate were in Wood Anemone and Carolina Spring Beauty,” Dr. Rennie said.

Researchers found that some plant species did not show significant changes. The earliest blooming plants, Pussy Willow and Trailing Arbutus, showed no relationships with climate or over time. However, Dr. Rennie said these were also the species with the smallest sample sizes, making formal evaluations more difficult.

Dr. Rennie also points out that this research would not have been possible without accessing Lakehead’s Claude Garton Herbarium and records provided by the Thunder Bay Field Naturalists.

“While the Field Naturalist records were the original inspiration for this work, it became apparent that there was not sufficient data in those records to provide a meaningful analysis,” Dr. Rennie said.

Field naturalist observations were collected from the Thunder Bay Field Naturalists past newsletters, which can be accessed on their website, providing data from 1947 to the 2000s. The collection dates for herbarium vouchers from Lakehead University’s Claude Garton Herbarium ranged from 1932 to the late 1990s.

“The records we secured through the Claude Garton Herbarium at Lakehead increased our number of observations in the study by nearly five times, providing critical additional information.

“This is a great example of being able to use both citizen-based observations from the Field Naturalists with scientific collections from the Claude Garton Herbarium to build the long-term datasets we need to evaluate the impacts of climate change on ecosystems,” Dr. Rennie said.

“I don’t think anyone reporting flowering time to the Field Naturalists in the 1950s or making collections for the herbarium in the 1960s was thinking their contributions might one day help provide insights into the regional effects of climate change.

“It’s often the case that you can’t really understand the value of these sorts of collections until decades after they have been initiated,” Dr. Rennie said.

“Plants, unlike animals, can’t get up and search for more suitable conditions so understanding how they’re being affected by a warming climate is critical.

“This research by Emma Lehmberg, Dr. Rennie, and Graydon McKee shines a light on what we do here in the herbarium and the importance of historical collections. We can only hope it’ll inspire more research on the topic,” she said.