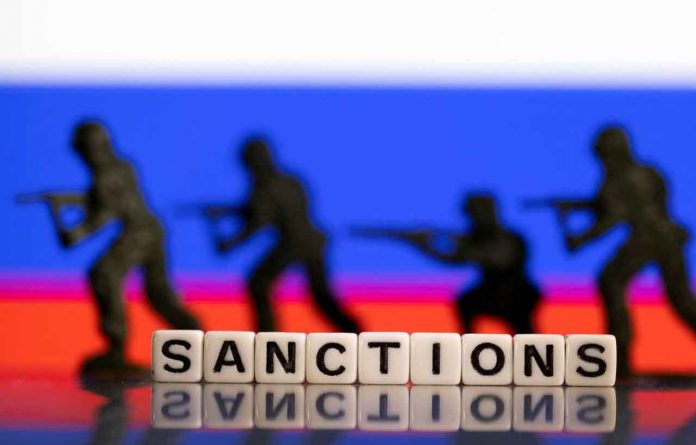 By Sonia Elks and Emma Batha

Geneva – (Thomson Reuters Foundation) – From buying a washing machine to getting a filling at the dentist, ordinary Russians could face big price hikes for consumer goods and import shortages as economic sanctions bite, analysts say.

The United States and Europe have unveiled a slew of reprisal measures designed to hit Russia’s economy in response to the invasion of Ukraine.

Here is how the sanctions are affecting Russia and how the situation might develop:

What are the sanctions Russia is facing?

Western nations have unleashed a package of economic measures targeting key sectors and individuals, restricting the country’s access to technology and financing as well as hobbling its ability to do business overseas.

They range from curbs on the central bank’s ability to use its gold and foreign exchange reserves to the exclusion of big Russian banks from the international financial system, and the rouble currency has tumbled in response.

What has been the impact on ordinary Russians so far?

Worried citizens have been rushing to convert their money to dollars as the rouble’s sharp fall wiped out much of the value of their savings.

There were queues at ATMs and some cashpoints were running out of money, Moscow residents said. There was also congestion at the capital’s metro stations as tech giants turned off the Apple Pay and Google Pay services used by many commuters.

Prices of imported goods such as laptops and technology have also shot up and they are selling out quickly, analysts said.

“People are buying goods like washing machines, fridges, TVs and laptops in the hope of turning their quickly depreciating roubles into something tangible” said Tatiana Orlova, the lead emerging markets economist at the British-based Oxford Economics.

What will be the longer-term impact on consumers?

Russians can expect to see rising inflation, as well as plummeting imports and job losses in sectors linked to international trade and finance, experts said.

“Imports will drop tremendously, both because of exchange rate collapse and direct sanctions, and … indirect effects,” said Ruben Enikolopov, the rector of the New Economic School in Moscow.

“The risks of dealing with Russian partners are so high now that people will try to do whatever they can to avoid it.”

Similarly, non-energy exports are likely to reduce to a trickle, he added.

Curbs on imports will impact supplies of products including medicines, dentistry materials, machinery parts, anything with microchips, and home appliances, said Ignatov.

That is also likely to have a knock-on effect on import-reliant sectors such as agriculture and the car industry, pushing up prices.

What about the wider Russian economy?

Experts gave mixed views on the overall impact on the Russian economy, with most saying it will take a hit but that it will not go into meltdown.

The “unprecedented” measures are most comparable to the isolation imposed on Iran, said Oleg Itskhoki, a professor of Economics at University of California, Los Angeles.

“The costs of it are extremely high for medium-term development … But we still cannot predict the full extent of the catastrophe,” he said in emailed comments.

Orlova, however, said the Russian economy was “in rude health” when the conflict began, adding that Moscow had sensible policies in place to protect it.

There could be a mild recession, she said, but did not expect a major shock or a significant rise in unemployment.

So far the West has held off from taking the “nuclear option” of imposing sanctions on Russia’s abundant oil and natural gas exports, said Enikolopov, with the European energy crisis meaning prices for both are very high.

“That supports the economy,” he said. “It will mitigate the problems of the economy, so it will be bad but not catastrophic.”

If nothing changes to improve the situation then “growth will be much lower for a long, long period of time – it will be lagging behind for many years to come”, he added.

Although the sanctions are targeted at the elite, “long term, (they) have a corrosive effect that damages sectors of the economy in terms of development and growth”, said Alissa de Carbonnel, a deputy director at ICG.

Concern is already growing about the economic fallout of the crisis, said Ignatov.

“(People) are getting nervous because they see that something is happening. Traditionally exchange rates were the main symbol of economic health.”