Home Living The Tea With Dr. V Podcast – Where Humans Are Humanized 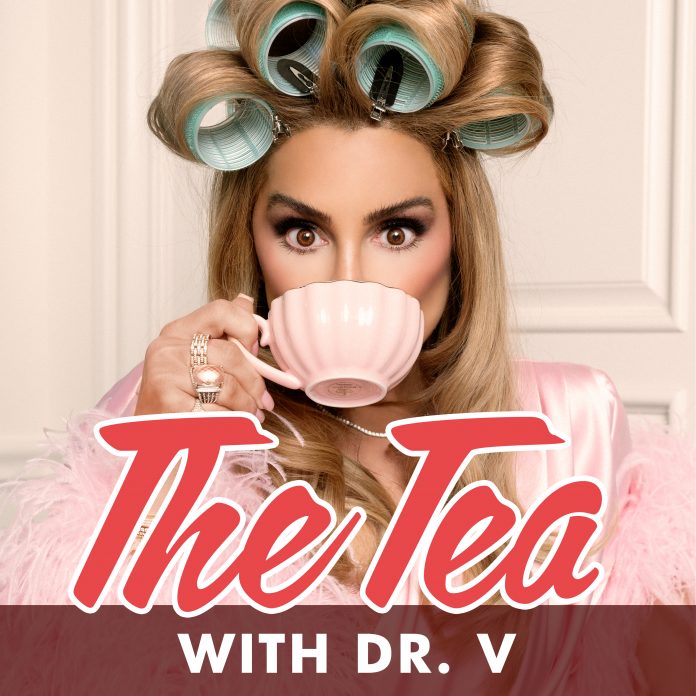 The podcast space gets more crowded every day, but there’s a new Doctor of Psychology in town. Dr. Venus Nicolino, better known as Dr. V, is using her professional training to take the podcast world into the deep end of the pool. There’s no harm in guests chatting about issues with anyone possessing a pulse and hot mic, but a podcast host with a Master’s in Counseling Psychology and a Master’s and Ph.D. in Clinical Psychology is a different animal.

“I go into every episode of The Tea With Dr. V focused on being a place where humans are humanized. Regardless of your celebrity status or what you do for a living to gain 8 million social media followers, our guests get a chance to be real and heard,” Nicolino says. With the pressures of fame and social media, her hope is that the audience and guests walk away with better psychological tools to deal with complex modern stresses.

Podcasting has gone from a hobby to a chance to earn major money in recent years. Spotify has signed a couple of deals worth tens of millions of dollars since 2020, which has fanned the flames of a media format that has been around since 2004. It’s easy to see why new shows are popping up in record numbers, but none offer the level of insight that comes with a professional holding the microphone.

Dr. V is no stranger to big media. She’s appeared on over 100 television episodes, including Marriage Boot Camp: Reality Stars on We TV. She began hosting the show in season six and continued as the host for another eight seasons. In addition to guest spots on Access Hollywood and Steve TV, Dr. V appeared on reality television series L.A. Shrinks on Bravo.

This sharp-tongued doctor and best-selling author doesn’t come from a long line of medical professionals or movie stars. She grew up in a working-class family in Philadelphia with a dad who knew his way around car engines and a mother who never attended high school. From an early age, she was fascinated by women in her neighborhood talking about their problems with each other. The talk was fine, but she wanted the discussions to be of real help to these women. It’s no shock that she used that goal as a driving force to become a Doctor of Clinical Psychology.

“My job is to help clients navigate the biggest challenge known to humans: our own minds. The podcast allows me to touch more people with my professional training along with my deep knowledge of being human, flawed from head to toe,” Dr. V says.

The first several episodes of the podcast have been a treat for listeners, who love the doctor’s hilarious and spot-on #Bad Advice, a term she uses as a twist on the failings of old therapy that can’t keep pace with modern mind-benders. Her show has top ratings on Apple and fans have enjoyed a wide range of interesting guests.

To hear those enlightening chats along with other intriguing personalities, check out The Tea With Dr. V on Apple Podcasts, Spotify, and all podcast outlets.