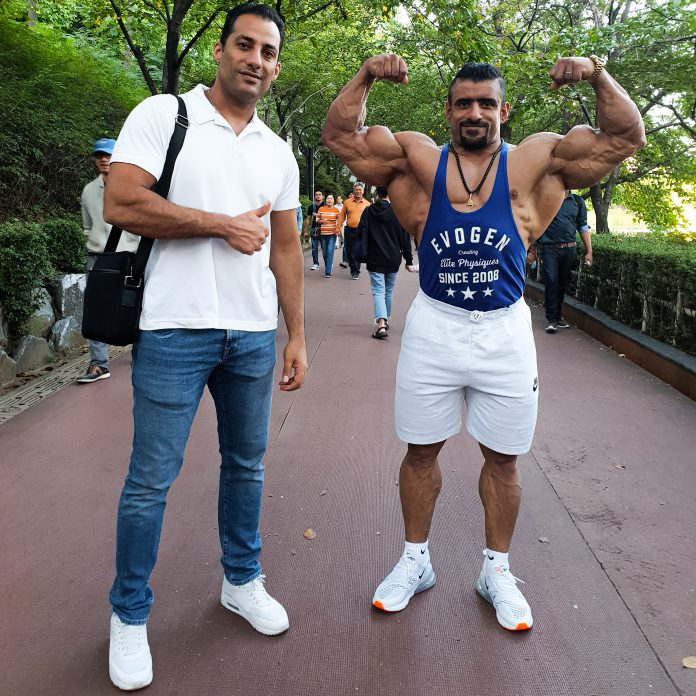 Mahdi Parsafar has carved a niche for himself in the world of sports and bodybuilding. Despite having a lot of achievements in his kitty, Mahdi doesn’t want to stop. He wants to surpass his own work and do better every passing day. The Iranian sports personality wants to set the bar high for the Iranian bodybuilding community. It has been 10 years in since he is in this field. As a sports manager, Mahdi helped many Ianian athletes. His knowledge and deep understanding of the sports has definitely helped him to help others.

He has worked with some of the best athletes and bodybuilders like Baitullah Abbasport and Hadi Choopan. In 2008, when he crossed pathd with Baitullah Abbasport, Mahdi worked as his sports manager. With such experience and popularity, Mahdi Parsafar will soon represent Iranian bodybuilding at the international level.

However, in 2015, Baitullah passed away due. His loss affected Mahdi a lot. But he decided to take inspiration from Baitullah and keep doing best in life. About the same, Mahdi said, “Baito’s loss was very personal to me. I worked with him for several years and his sudden demise left me shocked. But he always dreamt to take Iran on a new level of bodybuilding”, said Mahdi. He then started working with his childhood friend, Hadi Choopan. The duo used to workout together a lot and made sure they bring the talent in Iran shine jn the world.  About Hadi, Mahdi said he is fortunate to know an athlete like him as he has changed the entite picture of Iranian bodybuilding

Mahdi Parsafar has managed to overcome every big trouble that wojld come in his way and of the Iranian atheletes. They weren’t getting an American visa easily but thanks to his strong connection, Mahdi made it possible. Even Hadi Choopan got his first American visa because of Mahdi. He also participated in Mr. Olympia, a huge bodybuilding competition in the USA. He talent and skills helped him win the third place competition but wants to win gold in the next one. Mahdi is very serious and dedicated in making sure that he represents Iranian bodybuilding talent at the international level. With the way he has achieved so many great things, it seems a dream he’s achieving soon.