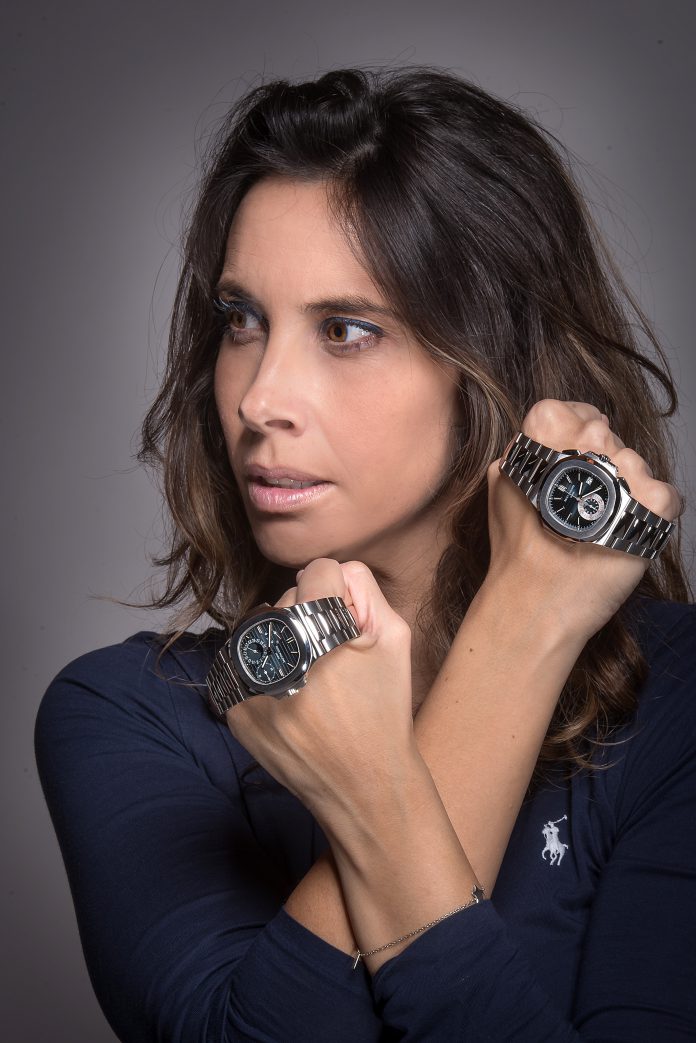 When people say it takes passion to succeed, we often think it’s a cliché. But it isn’t. There are many good examples of successful people whose lives and choices were driven by passion (and a lot of hard work, of course). For Giorgia Mondani, that passion built throughout her childhood, but didn’t find expression until she came of age. Maybe the thought overwhelmed her, or maybe it didn’t seem lady-like, but growing up with wristwatches was bound to have an impact on her life.

Born in Italy in 1984 to Guido Mondani, the famous Rolex expert and author and Franca Mondani, his wife and co-author, there were lots of Rolex Wristwatches to go round. Guide’s own journey began in 1986, after he received an amazing gift from his wife on his 41st birthday- a yellowgold Rolex with Moon phases (ref. 8171). He was simply awestruck by the gesture and piece that he decided to do some research on the wristwatch. The lack of information prompted the desire to publish a book; solving what he identified as a problem.

There have been several other books and Rolexes since then. But, perhaps, he had no clue he was having an influence on his daughter. Now 35, Giorgoa Mondani is a watch enthusiast, a lover of ROLEX and an ardent watch collector. She is the author of several books and founder of Mondani Web. But it didn’t seem like this was going to be her path from the very beginning. In fact, Giorgia had a thriving tennis career as a teenager. At 18, she was already one of the best 400 tennis players in the world. Not a small feat, if you ask me. But what exactly changed?

Love does have a way of shining through, and for Giorgia, it was the love of wristwatches. But the turning point for her was the record-breaking Mondani auction in 2006. Her father had built a large collection and decided to sell 309 of them for over 11 Million Swiss franc- an astounding feat that broke 11 world records, including selling the flyback chronograph (ref. 4113) for CHF 738,500. That was the highest price for any Rolex wristwatch at the time. Ms. Mondani joked in a 2018 interview with the New York Times that the father didn’t think she was interested at the time, hence the auction.

She abandoned tennis at 21 and decided to pursue what she’d always loved. She says, “you have to fall in love with the object, being fascinating”. That is the secret. That is where passion lies. Giorgia has had her own fair share of Rolexes. Her first was a ladies’ classic Rolex Oyster she got from her father for winning a tournament and becoming the Best European Tennis Player under 16. Other items in her Rolex Collection include; the Rolex Day-Date (Ref. 118238) in yellow-gold her husband gave her at their wedding and the 1984 Rolex Sea-Dweller known as the “Triple Six” (ref. 16660) her parents gave her on her 30th birthday.

Oh! Did I forget to mention she’s married? Yes, she is and she’s smitten. She seizes every opportunity to talk about him. Giorgia married Danille Di Murro in June 2015 and have since traveled the world together, attending auctions and conferences in Switzerland and China.

She joined the family business about 12 years ago. This was after she spent one year at Antiquorum. She has since co-authored a few books with her parents, and have together achieved some more success. But Giorgia had always wanted to carve her own path. Then came Mondani Web, an idea she greatly credits her husband for. Today, she has hundreds of thousands of followers on Social Media, is the creator and owner of Mondani Web and Editor of the Mondani Magazine. As a young successful woman, hers is simply a story of passion and hard work.

Check out Modani Web The world’s leading agency of communications entirely focused on the watch market as well as the most reliable network of trusted dealers.