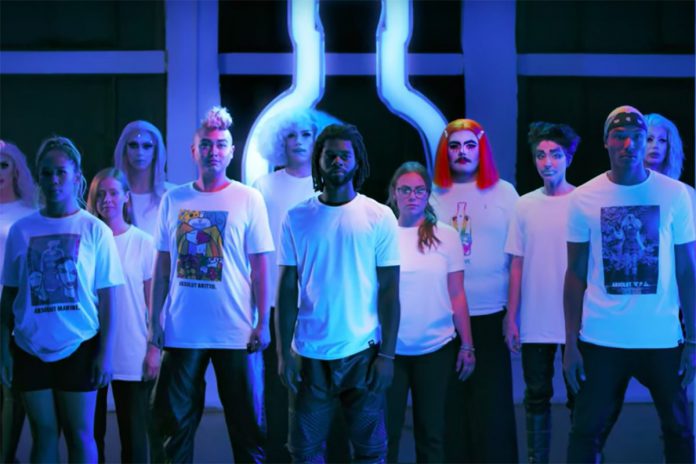 This fall, Absolut Vodka launched its newest dynamic and inclusive campaign, in combination with creative entrepreneurs in Canada to support social goals. The passions and projects of the talents vary, but they share a core identity: they are change-makers, citizens invest in making a difference in their communities through their craft.

Absolut and the creatives produced video content to make interactive donations – for each watch they donate $ 1 to the three local charities selected by the change-makers. The goal is to raise $ 10,000 per charity.

You can read about three of the change makers here.

Hailey and Bree, two sisters from Thunder Bay, Ontario, are the co-founders of Ungalli, a sustainable clothing brand that was launched in 2013. Their mission is to “raise awareness of the negative impact that the regular clothing industry has on people, wildlife and the planet” and at the same time offer a sustainable, high-quality alternative to fast fashion. Their sustainability efforts earned them a place in Canada’s Top 30 Under 30 in 2015.

Ungalli collaborated with the David Suzuki Foundation as their charity, which they selected for their shared values ​​for the environment. The sisters met David when they spoke to him at the Bed Inspired conference in Gaspe, Quebec, in 2017. The three of them enjoyed dinner, walks, and bird watching together: “It was pretty incredible,” Hailey recalls.

Ungalli’s clothing is both organic and made from recycled materials in Thunder Bay, Ontario. Absolut worked with them to launch the Absolut Comeback collection, a series of T-shirts with advertisements of the vodka brand from the 90s. Each T-shirt was made by a separate artist. T-shirts can be purchased here.

Randell Adjei is a force of nature. He has a hand in Inspirational Speaking, Community Organizing and is a coach in the Poetry Save our Lives project at the Toronto Public Library. He is also a TEDx speaker and recipient of various community-based awards (including the local hero of the year from NOW Magazine.) His main project, Reaching Intelligent Souls Everywhere (RISE), offers students accessible resources and artistic advice to develop their art. It is an exclusive platform for weekly events with young artists in Scarborough and once a month in the city.

Although Adjei has undoubtedly inspired hundreds, he paused when I asked him who he looked up to. “My mother,” he replied, “because someone had very little and used her means to cultivate a path for themselves.” that they too have a voice worth hearing.

Randell wrote the Manifesto for the Changemakers, a spoken word piece in which he worshiped “those who love with love as their compass.”.

The beautiful Scarlett Bobo is a household name in the Toronto Drag Community. The creation of Matthew Cameron beats phases (and devours fire) since moving to the city in 2009 and is now the founder of the Absolut Empire’s Ball, an all-inclusive drag competition launched in April. Her most recent work is a documentary based on the Absolut Empire’s Ball entitled Underneath the Empire.

“There have been so many competitions in the city and it’s only about drag queens …” Scarlett remarks in the teaser of her documentary: “I wanted to start something to represent everyone, all walks of life, every aspect of drag. I was tired of seeing the same thing over and over again. “

Scarlett strives to bring the talented LGBTQ + artists to the sidelines of the community. Donations for watching her video are sent to Rainbow Railroad, an organization that helps LGBTQI people in escaping environments where they are being prosecuted for their identity. In 2018, Rainbow Railroad helped 198 people travel from 16 different unsafe countries to locations where they can be free.

Absolut has an important history with the LGBTQ + community. They have been sponsoring the Gay & Lesbian Alliance Against Defamation awards since 1989 and have consistently displayed advertisements with strange themes in the 1980s and 90s. Most would have no regard for a Canadian company waving a rainbow flag at Pride in 2019, but there is something to be said for a company that has consistently maintained its values ​​when Canada’s political stance changed.