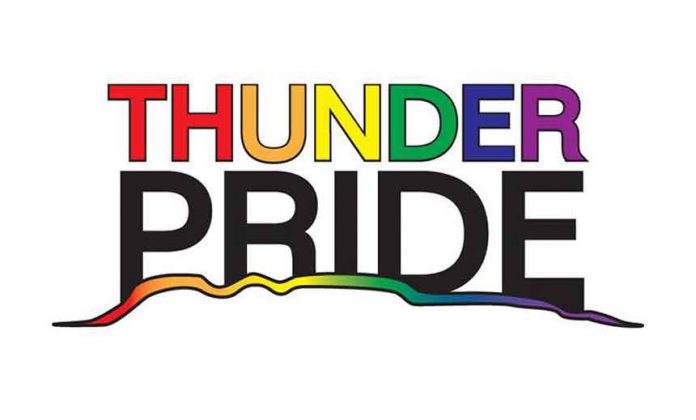 THUNDER BAY, ON – Thunder Pride Association is pleased to announce that Thunder Bay has been selected as the host city for the 2021 Fierté Canada Pride National Conference and Annual General Meeting.

Thunder Pride Association executive members attended the 2019 Fierté Canada Pride National Conference and AGM in Ottawa and presented Thunder Bay’s bid to host the yearly gathering of the LGBTIQ2 community, allies and supporters. This gathering brings together over 70 Pride Organizations from Coast to Coast to Coast. The vote was held during the AGM and Thunder Pride Association proved successful in it’s bid to host the largest ever LGBTIQ2 conference in Thunder Bay’s history.

“I am absolutely thrilled that our organization decided to bid on the 2021 Fierté Canada Pride National Conference and AGM and that the membership of over 60 Pride organizations voted to select Thunder Bay as the host city,” Jason Veltri, Chair of Thunder Pride Association says, “For the first time in our city’s history, we are now able to showcase Thunder Bay’s inclusiveness and growth to the rest of Canada by hosting the LGBTIQ2 Conference right here in our northern wonderland”.

Vice-Chair, Lauren Kaus says, “Without our membership and supporters this bid would not have been possible. I personally would like to thank our board for their courage to grow our organization by welcoming Canada’s LGBTIQ2 community to Thunder Bay in 2021”.