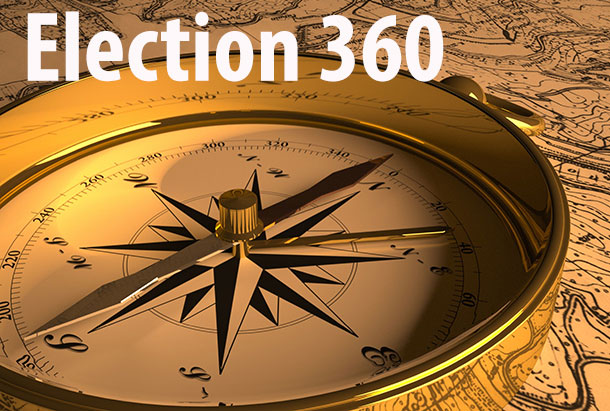 Running a campaign is similar to running a business. We’re in business to win. Here’s how I lost and what you can learn from that

CALGARY – I write this article eating my humble pie and managing my political hangover. I just lost a local city council election, coming ninth in a bid for one of the eight council seats.

I was told by several politicians going into the municipal race that I might lose the first time. However, I thought differently because I was ‘playing to win.’

But the truth is that most politicians lose before they win. Jack Layton lost three times before he was elected to Parliament. Barack Obama, George Bush, Bill Clinton and Bill Vander Zalm, for example, all lost at least once before they won in politics. (I just write that to make myself feel better, not that I have any plans to run again.)

So what went wrong? And what could businesses learn from a political loss?

Understand the rules of the game

Running a campaign is similar to running a business. We’re in business to win and be profitable. Consequently, we need to understand the rules of the game.

Often when we start or buy a business, we think we know what we’re doing. Unfortunately, we don’t. We fail to make investments of time to learn the seven areas that businesses need to focus on to be profitable (see my book Profit Yourself Health).

We fail to understand what drives our industry and how the market reacts in order to make purchase decisions. Business competence or intelligence and truly understanding how to win or make profit is a deciding factor in our success.

Don’t underestimate your competition, and take the time to do a SWOT analysis

I underestimated my competition. I thought my name recognition and what I had done for the community would carry me to a seat on council. I failed to do a written SWOT analysis (strength, weakness, opportunities and threats).

Had I done so, I would have better compensated for the fact that seven out of the eight winners had union support. I would have done a better job of compensating for my weaknesses and created better alliances with some of the incumbents.

I also failed to scan the political horizon and recognize that some people, aside from the candidates, were real threats to my political run.

In business, this happens all the time. We fail to really comprehend how our organization could completely lead the marketplace because often we focus on our strengths but forget that we need to overcome our weaknesses to get ahead of our competition.

We underestimate our competition and their support, and we fail to see dangers in the marketplace.

Get the message right

Part of the reason I lost is that my message wasn’t right.

I knew early in the campaign that most people were happy with the current council. The incumbents stuck together and focused on their track record.

Instead of supporting that message, my message was that the city needed a second set of eyes to oversee and ask tough questions. While this might have garnered some support, I underestimated the fact that people really trusted the current government and didn’t want change.

There were rumours that I was against science, vaccines and the establishment in general. I never took the time to formulate a story that clearly told people that I do have my kids vaccinated, that I use science regularly and can play in a sandbox with other kids. Instead, I stayed with the facts.

Tom Peters, one of the great authors on business leadership, says that we need to throw out the manuals and facts and tell stories that captivate the minds and hearts of people. I failed in this regard, as do many business owners. We tell what we do but not why.

We will make mistakes

In business just as in politics, we’re going to make mistakes. People are going to make comments because our business did something silly in the past, we screwed up an advertisement, handled an employee situation poorly or, God forbid, closed our doors and quit.

However, I can’t say it any better than Theodore Roosevelt did in his The Man in the Arena speech:

“It is not the critic who counts; not the man who points out how the strong man stumbles, or where the doer of deeds could have done them better. The credit belongs to the man who is actually in the arena, whose face is marred by dust and sweat and blood; who strives valiantly … and who at the worst, if he fails, at least fails while daring greatly, so that his place shall never be with those cold and timid souls who neither know victory nor defeat.”

In running for city council, I won by making some new friends, having some great conversations and being pushed beyond my comfort zone.

I had some incredible support from my friends and family and had thousands of people trust me enough to vote for me, even though I had never met them.

For all of this, I’m truly grateful and rewarded despite my loss.

Columnist David Fuller, MBA, is a certified professional business coach and author who helps business leaders ensure that their companies are successful. David is the author of the book Profit Yourself Healthy. email dave@profityourselfhealthy.com