“Hoaxes can generate fear within our communities and create the illusion there is a potential threat to Canadians, while we have determined otherwise. As a result, the RCMP takes these allegations very seriously, particularly when individuals, by their actions, cause the police to enter into investigations in which human and financial resources are invested and diverted from other ongoing priorities”, stated Superintendent Christopher deGale, the Officer in Charge of the RCMP O Division’s Integrated National Security Enforcement Team.

The charge stems from numerous media interviews where the accused, Shehroze Chaudhry, a 25-year-old from Burlington, Ontario, claimed he travelled to Syria in 2016 to join the terrorist group ISIS and committed acts of terrorism. The interviews were published in multiple media outlets, aired on podcasts and featured on a television documentary, raising public safety concerns amongst Canadians.

Shehroze Chaudhry was charged with Hoax-Terrorist activity, contrary to section 83.231(1) of the Criminal Code.  He is scheduled to appear at the Brampton (A. Grenville & William Davis) Courthouse located at 7755 Hurontario Street in Brampton, Ontario on November 16, 2020 at 09:00am, Courtroom 104.

Along with its law enforcement and intelligence partners, RCMP OINSET is committed to investigating individuals who have either departed Canada for the purpose of contributing to the activities of a terrorist group or, returned back to Canada after participating in the activities of a terrorist group. The primary objective of these investigations is to ensure public safety while deterring and/or disrupting others from engaging in similar criminal activity.

The RCMP would like to acknowledge the Canada Border Services Agency, Halton Regional Police Service, the Ministry of the Attorney General, Canadian Air Transport Security Authority and Financial Transactions and Reports Analysis Centre of Canada for their cooperation and collaboration during the course of the investigation.

To report an immediate threat to national security, please call 911 or your local police department. 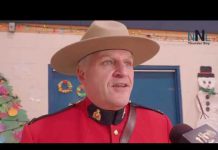