EABAMETOONG – The Chief and Council of Eabametoong First Nation have officially declared a forest fire and smoke emergency due to the current situation in the remote First Nation community. With the main concern being the smoke surrounding the community affecting the health and safety of residents, the decision has been made to begin emergency and evacuation response of the most vulnerable population including elders, children and other medical priority residents of the community.

Eabametoong First Nation has notified the Provincial Emergency Operations Centre (PEOC), Indigenous Services Canada (ISC), and Health Canada that an emergency response is required to protect the health and safety of the First Nation members and residents.

Eabametoong First Nation has instituted and adhered to substantial precautions as a remote First Nation during the COVID-19 global pandemic and the First Nation is expecting that the preparations and plans implemented will coincide with appropriate procedures and measures to remain in place for the duration of the emergency declaration.

Chief Harvey Yesno states “Eabametoong First Nation like all other remote communities across Ontario continue to face the challenge of making decisions in order to protect the lives and health of our members. The main concern is environmental and health-related to the air quality, however, the same smoke and ash can also significantly impact any emergency evacuation flights if the situation becomes more dangerous or severe. We are now approaching 24 hours of waiting, and the decision has been made that we require emergency assistance.”

Eabametoong First Nation Chief and Council will maintain the emergency response operations and coordination as the situation unfolds. 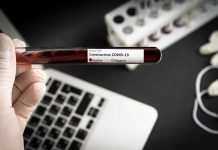 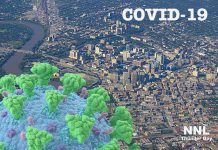