SHUNIAH – NEWS – At approximately 11:30 pm on Friday, February 22, 2019, Shuniah Fire & Emergency Services (SFES) responded to a report of a possible carbon monoxide leak at a residence in Longhouse Village on Lakeshore Drive in the Municipality of Shuniah.

As a result of the investigation, the homeowner was fined $360 for failing to maintain a smoke alarm in operating condition and warned about the CO alarm.

In light of this close call, and the recent fire fatalities in the country, SFES would like to remind the public that smoke and CO alarms are not only the law but are a main part of your family’s safety as an early warning system. Smoke and carbon monoxide will not wake a person up but will render a person unconscious and be fatal. If you have questions about your alarms or fire safety, contact your local fire service. 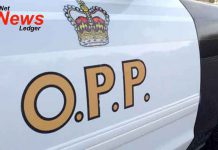