PICKLE LAKE – NEWS – On October 14, 2018, members of the Ontario Provincial Police (OPP) Pickle Lake Detachment responded to two separate occurrences where a Pickle Lake resident and a Mishkeegogamang resident ingested medication that they believed to be pharmaceutical produced Percocet (oxycodone). The pills ingested are currently believed to be illicit opioids made to look like pharmaceutically produced medication. Both people became unconscious as a result of the drug ingested and a Mishkeegogamang resident has died.

The name of the deceased is Simon MASAKEYASH, 29 years old.

Members of the OPP North West Region Crime Unit, Organized Crime Enforcement Bureau in cooperation with Nishinabe-Aski Police Service, under the direction of Detective Staff Sergeant Chris Landry of the OPP Criminal Investigation Branch (CIB), are continuing their investigation into the circumstances surrounding the death.

Tonus KWANDIBENS, 32 years-old, Charlene MASAKEYASH, 36 years old and Joyce MASAKEYASH 36 years old, all of Mishkeegogamang First Nation were arrested and charged with Trafficking in Schedule 1 Substance – other drug contrary to Section 5(1) of the Controlled Drugs and Substance Act. They were released and are to appear in court on December 6, 2018.

Police are warning the public about the dangers of illicit drug use. Some illicit drug manufacturers produce products that look like professionally made pharmaceutical medications. Like any illicit drug, it is almost impossible for the user to know what these pills contain. People in North West Region have unknowingly overdosed or died after ingesting professional looking illicit drugs.

Should you wish to remain anonymous, you may call Crime Stoppers at 1-800-222- 8477 (TIPS). You can also submit information online at  www.tipshelp.com. Being anonymous, you will not be required to testify in court and information you provide may lead to a cash reward of up to $2,000. 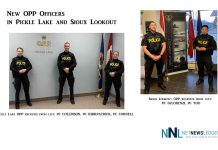 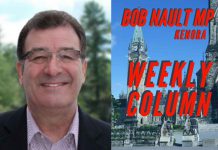