Current regulatory policy ensures that Canadians have access to telecommunications, including the capability to connect to the Internet via low-speed data transmission, regardless of where they live. As a practical matter, the CRTC will decide whether the definition of basic service should be changed to encompass the capability to connect to high-speed broadband, as well as what is acceptable high speed Internet service. A related issue is how Canadians will pay for universality in the context of high-speed Internet service.

An economic argument can be made that access and usage of the Internet does convey certain benefits on society that are not fully captured by the individual Internet user, and therefore that government subsidies are needed if there is to be efficient access and usage rates. For example, access to interactive health-care websites can promote improved public health and reduce taxpayer-funded medical expenditures. Citizen involvement in civic affairs might also be promoted by access to information about political and social developments available through social media, and greater participation in civic affairs by individuals may have benefits for the community at large.

The point to make here, however, is that many of the potential external benefits from Internet access may already be realized given current access and usage. For example, the CRTC estimates that more than 90 per cent of Canadian households already have access to broadband Internet service at the regulator’s target download and upload speeds. The additional externalities from 100 per cent access or access at higher speeds may be relatively modest compared to the associated costs.

As a practical matter, the concern about gaps in access to high speed Internet service pertains largely to households in rural and remote areas of Canada.

Currently, in many of these areas, the cost of providing service that meets the CTRC’s basic service objectives exceeds the price customers pay. The gap is made up by financial contributions from service providers who, in turn, must collect the necessary revenues by charging higher prices than they would otherwise charge to other users. Depending upon how price-sensitive the users who must pay any additional subsidies (associated with a more costly mandated basic service obligation) to the National Contribution Fund – which collects money from telecommunications companies to subsidize residential service – are, there may be a slower uptake of higher speed broadband service than would otherwise be the case.

If obligatory and expensive investments in rural and remote areas are effectively mandated by the regulator, it might be better to pay for the costs through the tax system rather than through pricing cross-subsidies. Specifically, tax-based contributions to the National Contribution Fund are likely to be less economically distortionary – that is, less of a tax burden – than cross-subsidies built directly into the pricing structure of service providers. 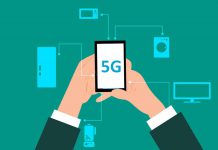 The Future Of 5G And Mobile Connectivity