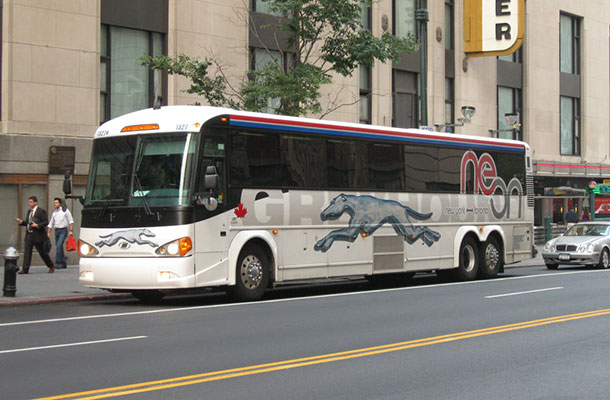 THUNDER BAY – Greyhound Canada is trimming its bus service across the system. Lower than profitable ridership is impacting the company, and the cuts to routes will see reduced service and fewer buses on the lines. The service cuts are going to impact the routes from Toronto to Western Canada, including Sault Ste Marie, the Northshore of Lake Superior, Thunder Bay, Dryden, Kenora, and Winnipeg.

Low ridership is prompting Greyhound to cut in half the number of trips it offers from Sault Ste. Marie and Thunder Bay. The service will be cut to one bus a day. The service reductions will begin starting on September 20th.

Greyhound Canada Communications Specialist Lanesha Gipson says, “Due to a decrease in ridership that occurs after the Labour Day weekend, we’re implementing a seasonal reduction of our frequency on some routes. We will continue to monitor our capacity and will add extra buses as needed during peak periods, including weekends and holidays, to meet travel demands.”

The announced service cuts do not rest well with the Northwestern Ontario Municipal Association (NOMA). “The reduction in services is a major concern in the Northwest because most communities will be gravely impacted,” said Iain Angus, Vice President of NOMA pointing out that there has been no opportunity for public input on the decision.

“The reduction forces residents living in the Northwest without a personal vehicle to rely on family, friends or in many cases by Emergency Medical Service paramedics for transportation. Travel to larger centres is necessary for medical appointments or to area DSSAB offices to obtain social assistance,” said Angus.

Currently, the North has a hybrid of transportation services with significant changes having occurred over the past number of decades. Although inter-city bus service is essential for many residents of Northwestern Ontario, successive governments have allowed the service to be reduced and in some areas eliminated.

“While we know that volume levels have been decreasing over the past few years, it is important to recognize the vastness of the region. Providing some form of transportation service is necessary given the distances people must travel between communities,” added Angus.

NOMA has written to the Minister of Transportation, the Hon Steven Del Duca asking that he intervene to ensure that the existing service can be maintained.

At one time, the government provided subsidies to ensure that routes with lower ridership would still receive service. Regulations moved away from a concept of cross-subsidization whereby operators used the profits from the more lucrative routes to subsidize the service to the more remote parts of the province. Greyhound is the primary provider of intercity bus service into and through the Northwest. It serves the North Shore communities between Manitouwadge and Nipigon, Thunder Bay and then west through Upsala, Ignace, Dryden, and Kenora through to Manitoba. 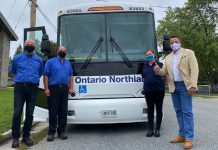