THUNDER BAY – Fort William First Nation has been granted an adjournment at Superior Court this morning in the ongoing fight with Horizon Wind over a proposed wind farm on the Nor’Westers.

Justice Fitzpatrick heard from all sides in the hearing at the Court House on Brodie Street in Thunder Bay. Horizon Wind has been granted access to the hearings. 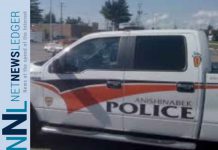