TORONTO – Premier Kathleen Wynne released the following statement regarding the ongoing situation in the City of Toronto:

“As I have said from day one, we have been watching this situation closely and listening carefully. Events obviously continue to move quickly. The things we are seeing and hearing about Mayor Rob Ford are truly disturbing. Yesterday, City Council voted to request the mayor take a leave of absence.

As Premier of Ontario, the principles that are guiding me on this issue are as follows:

One, the City of Toronto has a mayor and council that were elected by the residents of Toronto and must be accountable to them. It is up to the municipal level of government to address the issues they face. It is not the provincial government’s role, nor its intention to impose its preferences upon that government.

Two, Toronto City Council has to be able to function.

Three, if council were to clearly indicate that they lack the ability to function as a result of this matter, the province would respond to a request from council to be provided new tools, depending on what that request might be.

Four, because of the extraordinary and unique nature of this type of intervention, I would consult with the other party leaders to see if our legislature could move unanimously if required.

The last thing this terrible situation needs is a layer of partisan politics. Within Ontario’s legislature and across this city, we all have to stand together to represent the best interests of the people.

At every level, your government is here to serve you.

Toronto is a great city in an amazing province. We have a proud history and a bright future.

I understand that people are affected by what is happening at this moment.

But I want the people of Toronto to know that we will not be defined by this.

And we will all work together to ensure the people’s interests are served.” 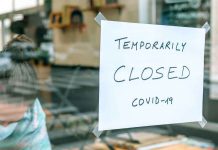