THUNDER BAY – RFK, as he was known at the time, was the younger brother of John F. Kennedy who himself had been murdered five years earlier by one and likely more assassins in Dallas, Texas. A tireless and progressive crusader for a more equitable society, RFK was on the campaign trail in Los Angeles seeking the Democratic nomination for President of the United States.

[sws_pullquote_right]I am writing this column on the 45th anniversary of the assassination of Robert F. Kennedy. Anyone under the age of 55 – which may be the majority of this media’s readers today, may well and understandably say, “Who?” [/sws_pullquote_right] He had just completed his victory speech at the Ambassador Hotel in LA following his win in the California primary, when he was gunned down with three shots fired at close range. Within 26 hours he was dead and the hopes and dreams of avoiding the dread of the Richard Nixon era died with him.  I’m not quite sure why – maybe it was the idealism he inspired in a 60’s generation that was idle no more, the quiet confidence he exuded that there was a better way of doing politics, that personal wellness was more important than personal profit and the bottom line, or simply because he encouraged you to become a better person. He was, what the Dineh of the American southwest call ‘a valuable human being’ – not because of his personal financial wealth, but because of his commitment to public service and giving back.

Considering the centralization of power and authority in the office of one man, the pre-packaged and self-serving spin, the deception and cover-ups, the arrogance and lack of accountability and transparency, the patronage and pork-barreling epitomized by the scandal in our Whiskey and Cigar club called the Senate  – and the gutting of laws and regulations designed to protect Mother Earth –  how very far away of doing politics have we strayed from that aspiration! Our democracy is now becoming like the Jim Carey movie, The Truman Show – all surface gloss, all smoke and mirrors, all appearance with little honest substance.

Long before the “environment” became the catch-phrase and lightning rod that is today, Kennedy seemed to be very much in sync with the traditional beliefs of many Indigenous communities who have always had an abiding and fundamental respect for Mother Earth. . . for the land. This is not, as some have suggested, some romantic claptrap tugged out on a wire-wheeled cart whenever Aboriginal communities are confronted by resource development. Of course these communities are right in insisting that they participate in the bounty of what the earth has to offer – but like Kennedy’s message, not at the cost of our own wellness and well-being.

As our federal government moves as quickly and recklessly as it can to squeeze out every last ounce of oil from a damaged earth, or every last pound of ore from some gigantic, scarred open-pit mine, Robert Kennedy’s words to a predominantly white America ring as true today as they did nearly a half century ago.

“For too long, we seemed to have surrendered personal excellence and community values in the mere accumulation of material things. Our Gross National Product now, is over $800 billion dollars a year, but that Gross National Product counts air pollution and cigarette advertising, and ambulances to clear our highways of carnage. It counts special locks for our doors and the jails for the people who break them. It counts the destruction of the redwood and the loss of our natural wonder in chaotic sprawl.  It counts Whitman’s rifle and Speck’s knife, and the television programs which glorify violence in order to sell toys to our children. Yet the gross national product does not allow for the health of our children, the quality of their education or the joy of their play. It does not include the beauty of our poetry or the strength of our marriages, the intelligence of our public debate or the integrity of our public officials.

For this and the promise of what he could have become, even after 45 years, I mourn his passing.

“No question now, what had happened to the faces of the pigs. The creatures outside looked from pig to man, and from man to pig, and from pig to man again; but already it was impossible to say which was which.”
– George Orwell, Animal Farm 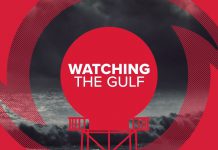