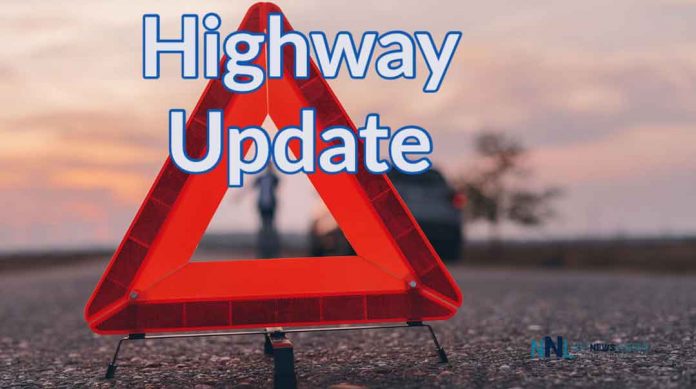 Thunder Bay – Analysis – The winter driving season is honestly just getting started. Already this year there have been fatalities and long periods where our country has been cut in half for up to slmost twenty hours.

The Ontario Government has announced a new ON Trans Canada standard for winter road maintenance.

This is a needed change. However already posts on Social Media are showing the new standard is not yet being fully met.

“In Hearst this morning,” said Bourgouin on Thursday, “trucks were lined up for 67 kilometres after a 12-hour road closure. On Ontario 511, there are no indications of road closures. How are we supposed to function up north when every snowstorm creates road closures?”

The reality is for almost sixty years, the political discussion on Highways across our region have been a long series of promises to twin Highway 17 across Northern Ontario.

In January, 2022 NetNewsLedger wrote: While there have been improvements, and sections of the highway have been twinned, this winter the number of highway closures seems far greater than previous winters.

The Trans-Canada Highway through Northern Ontario is one of the weakest links of our National Highway Network in Canada. Whenever the highway is closed due to weather or an accident, Canada by road is a broken country.

Bluntly put, it is a national disgrace that the Trans-Canada Highway in Northern Ontario is the weakest link in our national roads network.

It should be a top priority of the federal and provincial government to fix that problem.

Trucks sit idling for hours and all road traffic comes to a standstill. Since almost all goods and commodities in Canada travel by truck, every time the highway is closed, our economy comes to a stop too.

That affects every person in our region and beyond. Grocery stores in Thunder Bay over the past weekend actually started running out of produce due to road closures.

Our National Highway, the Trans-Canada Highway is a vital infrastructure link in Canada.

That there is not a national standard for that highway is a national disgrace.

Ontario has promised twinning Highway 17 from the Manitoba boundary to Kenora starting this spring. Its a start. But it is too small a vision for a country that was forged on the National Dream of a national railway.

It would be easy to blame the Ontario Government, but perhaps the real problem is that for too long, too many Canadians have accepted that the Trans-Canada Highway be in the hands of the provinces.

There should be a national standard set for trucking companies in Canada as well. The provincial standards are in many cases leaving far too many gaps, and those gaps in training of drivers is showing up in accidents and deaths across our region.

Where fault lies with Ontario is in the snow clearing of the highway, and in having far weaker standards in our province for snow clearing. Our standards appear blended with the Southern Ontario standards.

Canada has to step up and make our national highways network something that is open and safe to travel. And that needs to happen immediately.

That is a given, and perhaps it is time to revisit the privatization of snow clearing.

However the real problem is that for far too many decades this problem has been allowed to fester and grow.

That needs to stop now.

Are You and Your Vehicle Ready for Fall and Winter Driving Conditions?