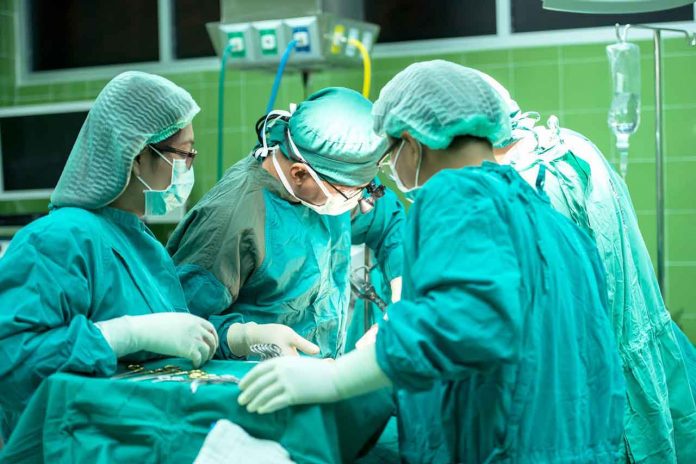 Paul DeLeeuw believes in giving back to his community and is dedicated to continuing his father’s philanthropic legacy. DeLeeuw considers philanthropy a vital part of his life, and he is proud to continue researching subjects that are particularly important to him.

Paul DeLeeuw started his medical career as an anesthesiologist at Cedars Medical Center, rising to become the Chief of Anesthesia. After a debilitating shoulder injury, DeLeeuw pivoted to become a bariatrician treating patients in Orlando, Boca Raton, Sarasota, and across Florida.

We recently had the opportunity to connect with Paul DeLeeuw to learn a little more about a day in the life of an anesthesiologist. A consummate storyteller, DeLeeuw proceeded to tell the following story:

Dr. Jesse Bray hates alarm clocks, so he has six of them. That way, when one yanks him out of sleep at the impossibly early hour his job requires, Jesse could smash it to the floor, confident that there would always be another for tomorrow.

Dr. Jesse Bray was, and still is, an anesthesiologist. Other than alarm clock abuse, he is a pretty amiable guy. He never wakes his wife when those early morning wakeups drive him up and out. He tries to spend time with his two kids on those precious days off, forgoing his beloved tennis.

Today is shaping up to be tough. The OR (operating room) schedule was posted the day before on a pegboard outside the doctors’ lounge. That way, nurses could prepare each surgeon’s sterile instrument packages the following day. Anesthesiologists could visit inpatients, order labs, and write premedication orders. These days, fewer and fewer patients are in hospital, and even the seriously ill often drag themselves in from home.

Dr. J (as he is affectionately known) has only one case today. A usually futile attempt to cure pancreatic cancer by removing the pancreas. The trouble is, the pancreas lies deep in the abdomen, surrounded by delicate and vital structures that must not be damaged. But it is a biggie, a Whipple. A job for a top surgeon, but this guy (let’s call him Dr. X), Dr. J noted with a sad sigh, is far from the top. He ordered lots of blood to be ready and set up controlled intravenous infusions (called IVs) to help regulate blood pressure and blood sugar levels.

Dr. Bray sees the patient in an area oddly named pre-holding. There are no holding or post-holding areas. The patient, a beefy middle-aged man, is sedated from the shot he got “on the floor” before coming to pre-holding. Dr. Bray opens a special kit that looks like an IV starter but was designed to allow him to place a catheter right into an artery of the wrist, an arterial line. This bit of medical magic permits instantaneous blood pressure readings and tests for oxygen and such, called “blood gasses,” at any time. Placing them, though, is a fine art Bray has honed after years of practice.

Then into the OR. Dr. Bray places a mask over the patient’s face attached to a hose from the anesthesia machine. He connects the pulse oximeter for beat-to-beat blood oxygen levels, the arterial line to a transducer for continuous BP display, an EKG, and a blood pressure cuff, should the arterial line fail. He could dial in any gasses and volatile chemicals, but by “pre-oxygenating” the patient, Dr. Bray adds precious minutes to the time allotted to intubate the patient.

Now time for sleep. Nurses have started an IV in pre-holding, and a bit of lidocaine to numb the vein, then a fat syringe full of Propofol. A minute later, the patient is unconscious, and the real work starts. Dr. Bray must secure the airway. No surgery is possible without that. He holds the mask firmly over the patient’s face, pulls the jaw back, and squeezes a bag attached to the anesthesia machine. This forces oxygen into the patient and satisfies Dr. Bray that he can ventilate the patient, who usually forgets to breathe after a full dose of Propofol. He injects a paralyzing agent, euphemistically called a “muscle relaxer,” into the IV. The patient is now loose enough that Dr. Bray can place a blade in his mouth, lift the tongue, and place a cuffed plastic tube directly in his trachea. A little tape, and the airway is secure.

Two more tasks remain for Dr. Bray. While nurses prep the abdomen with antiseptic, Dr. Bray dials in the mix of gasses and volatile chemicals from the anesthesia machine that will keep the patient deeply unconscious. This is an ongoing process because the BP drops too much before surgery starts. Too little at critical points in surgery, and BP and pulse can go dangerously high. It’s sort of like steering a bumper car at the Fair. Bray must dial in his potions in advance of their need because their action is slow, so he needs to know every surgery and every significant step in that surgery. And he has to watch.

Anticipating blood loss, Bray “preps” the patient’s neck with antiseptic. He has a pre-sterilized kit open. His movements are so fluid and practiced that one loses appreciation of how difficult it is to start a “central line,” a big IV directly in the patient’s central circulation, near the heart.

That done, Bray can, for a moment, relax. He injects a dose of Fentanyl (a now infamous narcotic used in ORs for decades) right before the skin incision, adjusts his gasses, and watches. As the surgeon does routine work, things go well for an hour or so. Then Bray notices that the discarded sponges are very wet and red. He peers over the drapes and asks, “everything OK?”

“Toughest case I ever had,” replies Dr X “Landmarks are all obscured.”

Bray has heard this before. When marginally competent surgeons get in trouble, the patient is often blamed.

“Hmmmm..” Dr. X cuts several pieces of tissue to be sent to the OR lab for immediate analysis, called a “frozen section.”Five minutes later, a voice comes over the OR intercom:

Cancer has spread. The better part of valor here is to simply close the abdomen, but this surgeon, who has waited months to do a Whipple, will not be denied. He decides to proceed. The anesthesiologist has no choice here but to go along for the ride. And it turns out to be a bumpy one. Four hours later, the surgeon finally closed the oozing abdomen. The patient has received several units of blood, a pack of platelets, and fresh frozen plasma to help him clot and stop bleeding. Nevertheless, the cold and partial replacement of vital blood factors make the patient ooze blood from a hundred places.

Bray orders a ventilator and gives initial settings. As the case ends, he injects the patient with a dose of long-acting narcotics. This will keep the patient comfortable for hours and ease his recovery on a ventilator. Mercifully for the patient and the anesthesiologist, the surgeon agrees for a direct transfer from the OR to the ICU, bypassing Recovery.

Over coffee in the surgeons’ lounge, Dr. Bray relaxes after such a tough case, chatting with another anesthesiologist.

“Dr. X give you a tough time?” says the colleague.

Council of Chief Medical Officers of Health Communication: Use of Non-Medical Masks (or Facial Coverings) by the Public