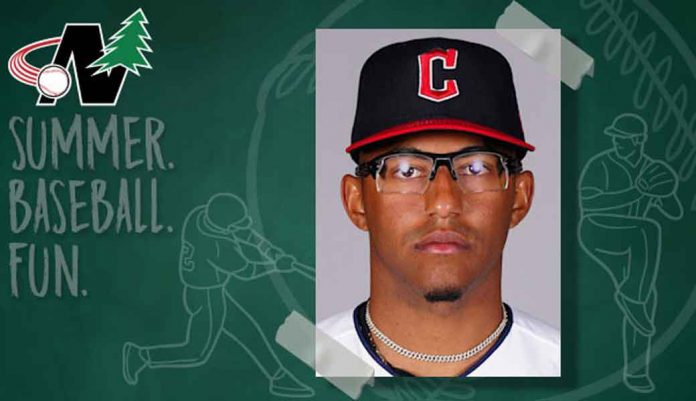 Palacios, who played collegiately at Towson University, played for the Wisconsin Rapids Rafters in 2016. He was drafted in the 3rd round of the 2018 MLB Draft by the Indians.

In 2016 with the Rafters, Palacios played in 12 games and hit .327 with three doubles and five stolen bases. He drove in eight and scored 11 times.

Palacios began his professional career in 2018 with the Indians Rookie level team in the Arizona League. After five games he was promoted to the Mahoning Valley Scrappers of the Short-Season A New York-Penn League. After 20 games with the Scrappers, he moved up again to the Lake County Captains of the Lo-A Midwest League. For the season he hit .361 in 45 games with six home runs, eight doubles and two triples. He drove in 30, scored 26 times and stole seven bases.

He would miss the 2019 season with a torn labrum but returned in 2021 and started the season with the Akron RubberDucks of the AA Northeast League. He would play in 66 games in Akron before another promotion to end the season to the Columbus Clippers of the AAA East League. Between the two clubs he hit a combined .297 with seven home runs, 33 doubles and four triples. He stole 20 bases, drove in 48 runs, and scored 72 times.

Prior to his call-up to the Guardians, Palacios had played in 14 games in Columbus and was hitting .232 with one home run, five doubles, three stolen bases and 15 RBI. In his Major League debut against the Angels, he started the game in left field and went 2 for 3 at the plate.