Home Politics National Politics Are the Federal Conservatives back at the PC Party/Reform Party Crossroads? 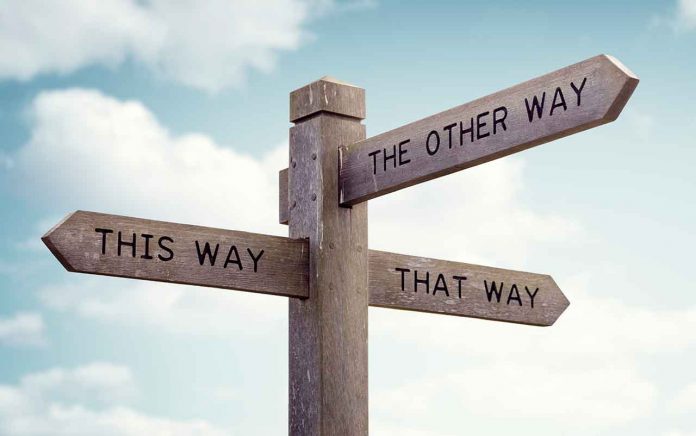 THUNDER BAY – ANALYSIS – The federal Conservatives are looking for a new leader.

The party has one declared candidate, Pierre Pollievre, who has for all intents and purposes been campaigning for months. His video channel on Youtube has enormous reach. His performance in Question Period has proven an attraction for the right side of the Conservative Party of Canada membership. Pollievre comes originally out of the era of the Snack Pack in the old Reform Party.

There is another candidate, Jean Charest who is getting attention from some Conservatives as well.

Charest was one of the last two elected Progressive Conservative MPS, re-elected under the leadership of Kim Campbell coming on the heels of Brian Mulroney’s two successful elections as Canada’s Prime Minister.

Charest left Ottawa and was elected Quebec Liberal Leader and Premier, and that came after Canadians from across the country sought him to take on that task.

If Charest enters the Conservative Party leadership race, party members may be faced with a choice of going back either to the old Progressive Conservative ways, or the old Reform Party ways.

The Conservative leadership race may well be a battle for the philosophic control of the party. It could signal a return to a split on Canada’s political right.

There are a few other potential candidates who could also enter the race. Former Conservative MP, and Ontario Progressive Conservative MPP Patrick Brown could seek a return to federal politics. Brown is currently the Mayor of Brampton.

Very unlikely would be Ontario Premier Doug Ford. About the only way Ford could run would be if he lost this June’s Ontario provincial election, and if that were to happen he would likely be seen as very damaged goods on the federal scene.

Is the ‘Freedom Convoy’ a Factor?

Over the past several weeks, as the ‘Freedom Convoy’ rolled into Ottawa, Canadians have seen that arguably what many have seen as the ultra partisanship of American politics has come across the border in force.

The number of American flags in Ottawa while certainly not as many as Canadian flags, is an indication to many of the lack of understanding of basic civics. Many of the ‘Freedom Fighters’ have posted memes of the Declaration of Independence and other American rights.

Some of the ‘Freedom Convoy’ leaders have, in court sought their First Amendment rights for free speech during their bail hearings.

An argument that Canada’s education system needs to start civics courses can certainly be made, I digress.

The number of Conservative MPs, including interim leader Candice Bergen and Pierre Pierre Pollievre, who openly met with and expressed support for the ‘Freedom Convoy’ is likely going to be a factor that was not thought of at the time.

Polling wise, the Liberals appear to have read the mood of Canadians, but were slow to act in taking back the Ottawa downtown.

The Conservatives are not all headed far right. Senator Patrick Brazeau came out in a speech in the Senate on the 22nd of February supporting the Emergencies Act.

“I’ve been very disappointed not to have seen a condemnation from our leadership of the continued hostage occupation of the heart of our Canadian democracy,” stated Senator Dennis Patterson.

The Conservative Party of Canada is likely at a crossroads.

In choosing Pierre Pollievre the party would be taking a path arguably back to the Reform Party roots. Pollievre started his political path selling Reform Party memberships for Jason Kenney the current Premier of Alberta.

Across Western Canada, there has been rumbling in recent years about being ignored. Back in the day the Reform Party slogan was, “The West Wants In”.

In 1989, Deborah Grey was elected as the party’s first MP. In the 1993 federal election the Reform Party ended up with 52 seats. Reformers at the time were frustrated that making inroads into Ontario was so hard.

The Progressive Conservative Party of Canada in many ways seized to exist in 1993 when Elsie Wayne and Jean Charest were the only two MPs returned to the House of Commons. The PC Party had been in power for eight years under Brian Mulroney and then Kim Campbell took the reins.

Today, if Jean Charest were to seek the leadership of the party, his more moderate views would be more in keeping with the former Progressive Conservative roots of the old party.

That choice that will be made by party members in the next months, will likely dictate the degree of success for the Conservatives in the next election.

Under the old Reform Party, the success in Ontario was seriously limited.

The party underwent a number of transformations over the years, first to the Canadian Alliance, as a stepping stone to the later assimilation of the Progressive Conservatives into the Conservative Party of Canada.

The real question Conservatives have to ask themselves is simple, what is the goal? If the goal is winning an election, the choice likely might not be their most ideological one, but rather one looking at gaining seats in Ontario and Quebec.

The People’s Party of Canada is giving an opportunity as well for the Conservatives. Some of the more right wing members and supporters are more likely to head further right with the People’s Party under Maxine Bernier.

Jean Charest is getting, from all reports is gaining support, with some of the ‘old guard’ in the Conservative party expressing opposition.

There is a letter signed by four Conservative MPs seeking Charest to run.

In that letter is says, “The current leadership race for the Conservative Party of Canada boils down to one fundamental question: who is the best person to defeat the federal Liberal Party and offer our country a leader who will revive our economy and govern with experience and determination under the Conservative banner?”

That is the crossroads the Conservatives are at. It is likely one that the federal Liberals are more than happy to see their political opponents sitting at.