Home News 2022 will be Election Year in Ontario

There is going to be a lot of ramping up politically on the provincial side between now and the June 2022 election.

We are already seeing the civic election positioning starting in Thunder Bay.

Provincially, perhaps the first local shot across a political bow came with an email that the Ontario Minister of Health’s office sent out on long-time Liberal MPP Michael Gravelle a week ago.

Over the coming weeks and months, we can likely expect to see a serious ramping up of the political posts by incumbent MPPs as they raise issues and their profiles.

According to 338Canada.com the Progressive Conservatives continue to lead in the polls, but that lead may not be enough for a majority government.

The Ontario Liberals and the Ontario Progressive Conservatives are within the margin of error.

The Liberals who lost the last election and were reduced to non-party status have rebounded into second place. 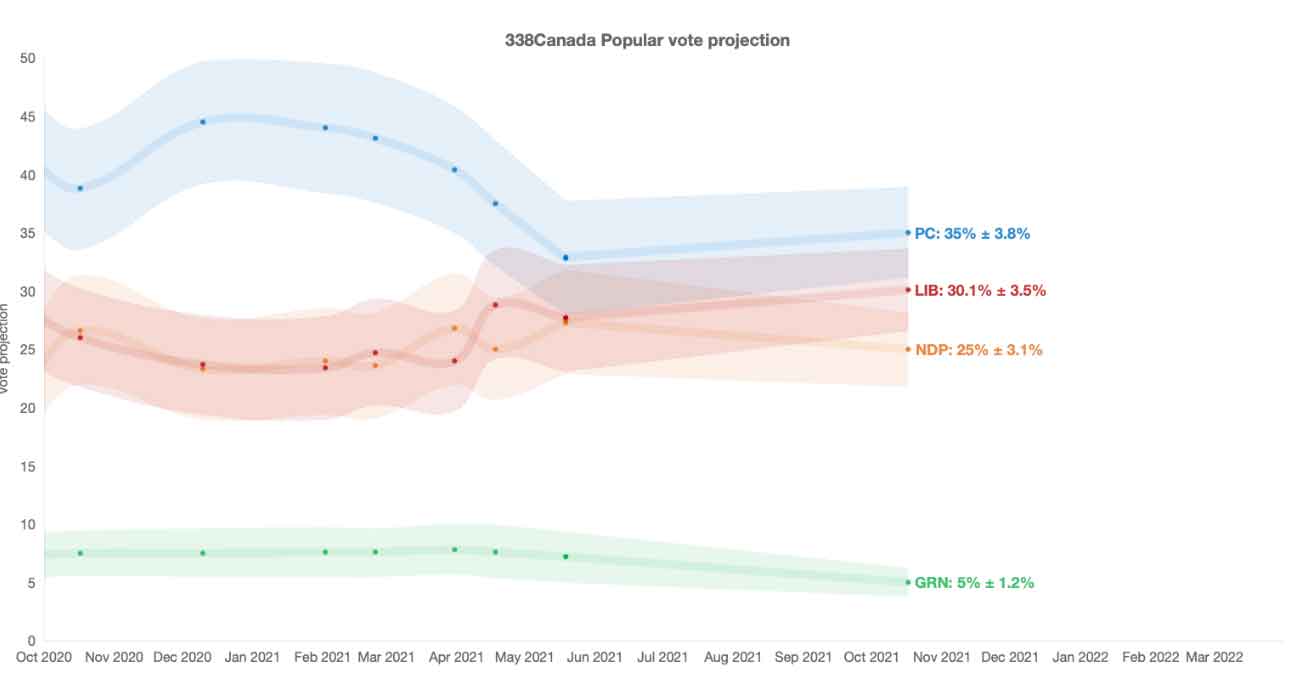 That is likely a surprise to many political observers, and the Ontario Liberals have been quiet for the most part.

Liberal leader Stephen De Luca has promised electoral reform in the end of first past the post elections, a Basic Income in Ontario, and appears to be making gains.

The New Democrats have been very active trying hard to get, and keep their message before voters.

Across Ontario, 338 suggests that if an election were held today it is likely there would be a minority government with the Progressive Conservatives having the most seats.