Home Politics Doug Ford and His Unlikely Path to Victory

Doug Ford overcame the odds to become the new Ontario PC leader. Here’s how he can become the province’s next premier 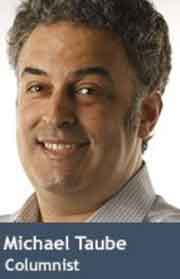 THUNDER BAY – POLITICS – “I was the only Canadian columnist to endorse Andrew Scheer for Tory leader. I was one of a small handful to endorse Doug Ford for Ontario PC leader. Not bad for an old hack, eh? : )”

This was a tweet I sent out at 5:23 p.m. ET on Saturday. Yes, it’s true – and I’ve been toying with going to Las Vegas ever since!

My soothsaying aside, Ford’s victory in the Ontario Progressive Conservative leadership race capped off a wild and strange time in Canadian political history.

Alas, the result was delayed for seven hours due to technical difficulties. To top it off, the hall had to be cleared because the party wasn’t in an immediate position to declare a winner. This left a lonely assortment of balloons hanging from the ceiling.

Fortunately, a winner was announced later that evening. Ford, the businessman and former Toronto city councillor, beat Elliott, a former longtime PC MPP, by a razor-thin margin of 6,202 to 6,049 votes or 50.6 to 49.4 percent.

Elliott initially refused to concede the election. In a statement, she claimed her campaign “was made aware of serious irregularities” during the voting. Although she narrowly won the popular vote and the majority of ridings, she said “thousands of members” were assigned incorrectly and she would “stand up for these members and plan to investigate the extent of this discrepancy.”

After Conservative columnists, pundits, activists, and politicians (including former premier Mike Harris) began to coalesce around Ford, a legal option sounded more like sour grapes. Elliott and her team likely realized this and initiated a meeting with Ford on Sunday. She conceded and will apparently stand as a PC candidate in the provincial election this spring.

Full marks to Ford. He succeeded by running a positive campaign with disciplined messaging and strong support for conservative values. He acted, presented and sounded like a true leader with a forward-thinking vision for Ontario. His hard-working team, led by political strategist Michael Diamond, also deserves credit for this victory.

So how does Ford morph from winning a contentious party leadership race to becoming Ontario’s next premier?

Opponents will use attack ads against the new PC leader. This may include his turbulent time at Toronto City Hall defending his late brother and former mayor Rob Ford’s public mishaps and personal problems, comparisons to U.S. President Donald Trump (which are wholly inaccurate), and the controversial 2013 Globe and Mail piece alleging he was a low-level “go-to dealer of hash” in his youth.

The more immediate problems will be keeping the caucus together (he was only supported by two MPPs), grassroots members onside (some red Tories and centrists are starting to abandon ship), and convincing Ontarians that candidate Ford is the same as party leader Ford.

It can all be done.

Ford must continue emphasizing strong message discipline and use his populist touch to focus on issues affecting Ontario families. His best political weapons are visibility and identifying with the average person’s concerns, problems, hopes, and dreams. This will make voters more comfortable with his political style and hopefully reduce the naysayers to a small, insignificant rump.

The political movement known as Ford Nation is a living, breathing entity. If Ford is able to properly harness its many positive qualities over the next few months, the keys to the Pink Palace could soon be in his possession.

Ontario Premier Ford: “Canada shall never waver in our support of Ukraine”