Home Business Auctavius Bennett’s Inspirational Story and How He Teaches People To Rewire Their... 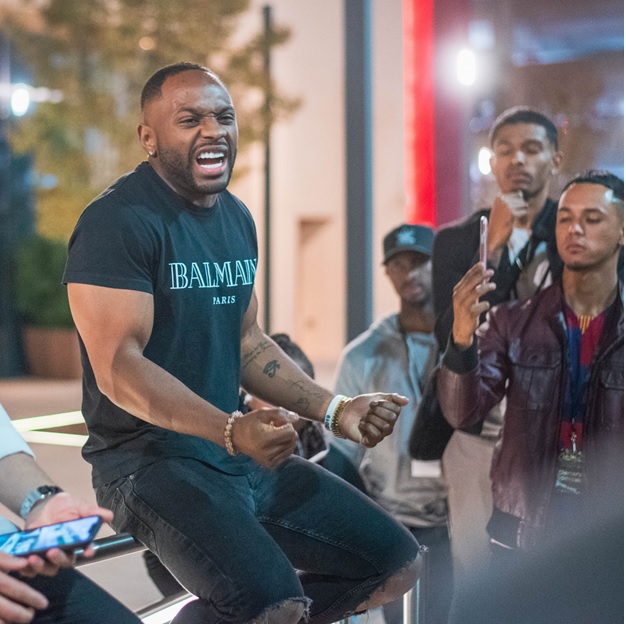 Auctavius Bennett is an inspiration to anyone who feels stuck or hopeless. He has proven that with a shift in your mindset, you can change the trajectory of your path. When Auctavius chose to take control of his life by rewiring his mind, he was living as a homeless man bathing in dirty gyms. He started working odd jobs to make ends meet, unable to buy the things he wanted or visit the places he wanted. Now he lives a fulfilling life where he calls the shots as an Entertainment Consultant. He creates jobs and inspires others through his Elite Life Masterclass.

Auctavius has experienced a life full of successful milestones. He won the high school football state championship, bought a Mercedes Benz and drove to LA to follow his dream, and he closed a real estate deal at 22 years old for $90,000. But his successes haven’t come without hardship. Right before he closed his major real estate deal, he was homeless for 4 months. He admits he’s taken a harder road than most in life. “I choose the hardheaded path, I always tried to do things my way. I dropped out of college and all I wanted to do was to own a business. I experienced failure after failure but I didn’t give even though everyone thought I was crazy,” he says. Not wanting to let down his mom or step dad, Auctavius decided to make the necessary changes to put him on a successful path.

The popular TV show Million Dollar Listing inspired Auctavius to learn the skill of flipping houses. He had no idea if he would make any money. But he went all-in anyway because he knew if he did, it would pay off in a big way. To overcome his fears, he found motivation to do the things that made him uncomfortable. After getting his start in real estate, Auctavius did some work on the Oprah tour and was motivated by the number of people she helped. Soon after, he attended a Tony Robbins event and his desire to empower others with his story and experience grew. Auctavius coached close friends who gained the confidence to start their own successful businesses. Eventually, he followed his path to become an Entertainment Consultant and started Elite Life Masterclass. This was a way for him to teach people all over the world how to rewire their minds for a lifetime of success. “I’m relentless, I won’t give up and I’m charged up at all times,” he says.

Auctavius will tell you that he teaches from a place of authority. His Elite Life Masterclass doesn’t teach theory, but actual life experience. What people gain from his class will give them freedom. Freedom to do what they want, when they want, and with whoever they want.

With his beginnings in real estate, Auctavius’s passion is helping people who feel stuck rewire their minds so they can find themselves at the top of their game. You can follow Auctavius on Instagram @auctavius.