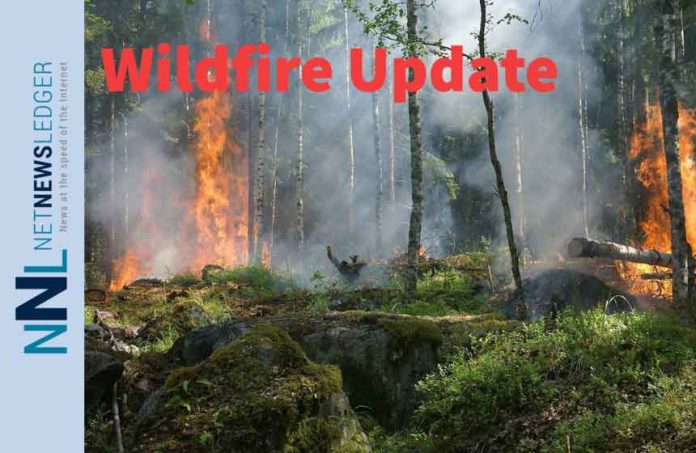 At the time of this report, there are 105 active fires in the Northwest region.

Aviation, Forest Fire and Emergency Services has been advised by NDMNRF Regional Operations Division that restrictions have been imposed with respect to Forest Management Plans and industrial operations in Northwestern Ontario. These restrictions are in effect as of 12:01am Eastern Standard Time on August 11, 2021 until such time as the order is revoked.

Please see the restrictions on ontario.ca/forestfire.

Due to extreme forest fire activity, the Ministry of Northern Development, Mines, Natural Resources and Forestry, Red Lake District, an updated Implementation Order is now in effect until further notice that restricts access and use of certain roads and Crown lands.

All access to the following areas are prohibited unless authorized by a travel permit issued by the Red Lake District NDMNRF.

Specifically, all modes of travel and use of the North Road, Pineridge Road, Suffel Lake Road, Iriam Road and the portion of Longlegged Road west of the Conifer Road and Longlegged Road junction.

All modes of travel/access onto Storey Lake, Philip Lake, Pringle Lake (including Dedicated Protected Areas), and the North shore of Nungesser Lake at RED 68 fire perimeter.

The Ministry of Northern Development, Mines, Natural Resources and Forestry, Kenora District, is advising the public that due to extreme forest fire activity from the Kenora 51 fire, an Implementation Order is now in effect until further notice that restricts access and use of certain roads and Crown lands.

All use of lakes and waterways accessible from the English River system, between Caribou Falls and Separation Rapids including all of Umfreville Lake is prohibited

For detailed information on the restricted access area including obtaining a map or for information on how to apply for a travel permit please call 807-456-2694.

Please visit ontario.ca/forestfire to view the current restrictions and associated maps. Or click here to view a map of the expanded Implementation Order area.