Thunder Bay – NEWS – Thunder Bay Police Service officers with the Uniform Patrol Branch were dispatched to a residential address in the 900 block of Simpson Street just before 8 pm on Monday, June 7 following reports of a disturbance.

When officers arrived they identified a 53-year-old Thunder Bay man as being responsible for the ongoing disturbance. Officers attempted to make contact with the male, who was inside his dwelling when police arrived.

When officers attempted to make contact, the accused threatened to douse the area in lighter fluid and set a fire with a flare gun. The accused also threatened to throw “boiling oil” at officers. 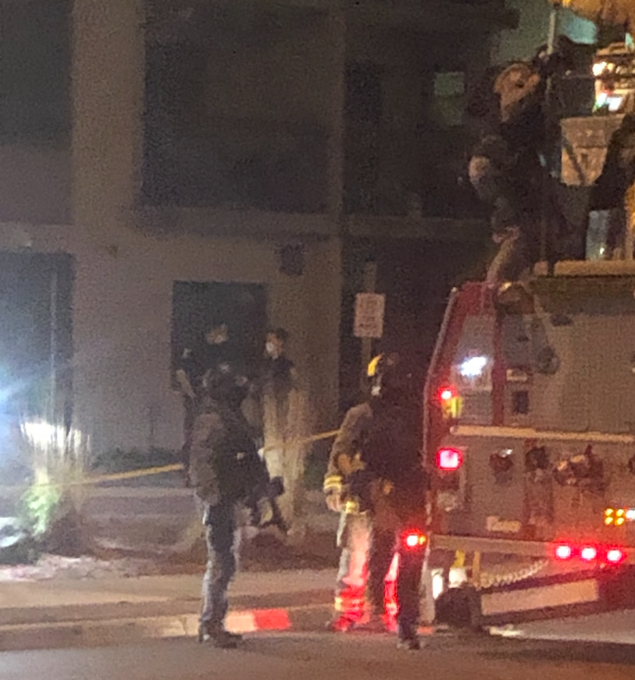 Simpson Street Standoff[/caption]These threats led to a standoff between the male and police. For public safety, occupants of nearby apartments were evacuated by police as officers began negotiations with the male. Streets in the area were also blocked to vehicle and pedestrian traffic.

At about 1:45 am on Tuesday, June 8, police noted a strong odour of gasoline coming from the apartment and spilling into the hallway near other apartment units.

Due to the increased threat to public safety, members of the Emergency Task Unit were forced into immediate action and entered the dwelling. While entering the home, the accused fired a flare gun toward police.

The accused was taken into custody following a brief struggle.

Various units with the Thunder Bay Police Service were involved in this call for service. Paramedics with the Superior North EMS and firefighters with Thunder Bay Fire Rescue were also dispatched to the scene for emergency assistance.

The accused is expected to appear in bail court on Wednesday, June 9, 2021, to face various charges relating to this incident. His identity will be released only after the charges are sworn to be fore the courts.