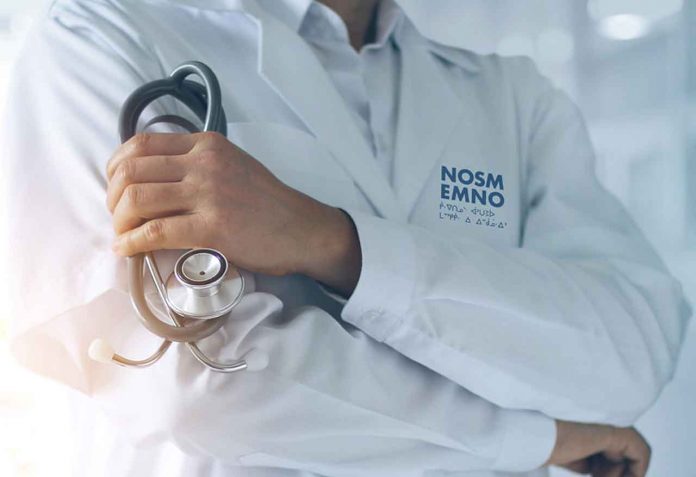 Thunder Bay – NEWS – “We will build upon the strength of our flagship campuses in Sudbury and Thunder Bay, with an expanded medical school, new residency programs, innovated health professions education, and population-based research within a pan-northern regional model. This is exciting for all of Northern Ontario,” says Dr. Verma. “NOSM University will have an immense impact on the health and wealth of Northern Ontarians.”

Today, the Government of Ontario passed legislation to make the Northern Ontario School of Medicine (NOSM) a university. With this status, NOSM becomes the first stand-alone medical university in Canada.

“This is a historic occasion for our medical school and all of Northern Ontario,” says Dr. Sarita Verma, Dean, President and CEO of NOSM. “We are grateful to Minister Romano and the Ford Government for this incredible transformation, as the first medical school in Canada founded with a social accountability mandate we are now the first medical university of its kind in the country.”

NOSM was established as a government strategy to address the health needs of the region, improve access to quality care, and contribute to the economic development of Northern Ontario. It was born of a grassroots movement, from communities across Northern Ontario advocating for a solution to regional health inequalities. Becoming a university translates that vision into a reality in the future.

Since opening its doors in 2005, NOSM has produced 714 MDs, 48 self-identify as Indigenous, 151 self-identify as Francophone with an additional 66 MDs set to graduate this spring. In addition, 579 residents have completed NOSM programs. More than half of these health practitioners have stayed in Northern Ontario, with the majority establishing their practice in Sudbury and Thunder Bay.

“The Government is proud to support this legislation to grow world-class postsecondary education in Northern Ontario. Thanks to this legislation, Hearst will become Ontario’s second independent Francophone university, governed by and for Francophones. NOSM will become Canada’s first standalone independent medical school and be empowered to expand its current services and programs and address the health needs of the region. The legislation represents a major opportunity for Northern Ontario to build and expand two new independent universities. In the coming months the Ministry will be working with the two institutions and with northern communities and with stakeholders about the details of how NOSM and Hearst will operate in the future,” says Ross Romano, Minister of Colleges and Universities.

NOSM will begin broad consultations about the next steps over the summer months. More information about this will be communicated publicly in the coming weeks.

Indigenous Innovators Tap into Traditional Knowledge to Transform for the Future

Its Official NOSM University – New Medical Solutions for the North